September 2020 Additions to My eBook Stockpile 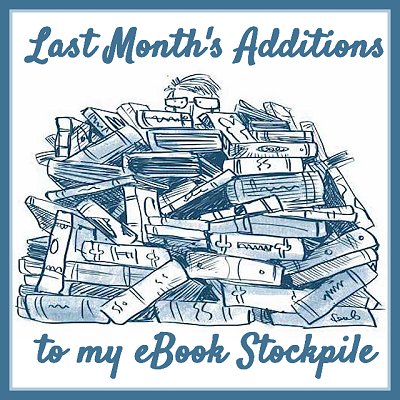 September was yet another good month for fluffing my digital security blanket. I'd hate to think what it would take for me to have a no-eBooks-purchased one!

September was also a good month budget-wise, with several being absolutely free. I don't know how I managed that! It's no wonder that Amazon is the power house that it is. When I read and reviewed one of their author's books-- lo, and behold-- they dropped the price of the rest of the series to the sub-basement so I simply couldn't turn them down. You know how it is...

But enough talking! Let me show you the eBooks I added to my Kindle in September. I've grouped them according to genre/subgenre, and if you click on the title of the book, you'll be taken to Amazon US for more information. I link to Amazon because I have a Kindle, not because of any affiliation with them.

The Bafut Beagles by Gerald Durrell. Set in Cameroon.

The Water Is Wide by Pat Conroy. Set in South Carolina.

The Silence of the White City by Eva García Sáenz. Set in Spain.

The Bodies in the Library by Marty Wingate. Set in England.

The Thursday Murder Club by Richard Osman. Set in England. My review.

Dead Woman Driving: Dead in the Desert by Sue Ann Jaffarian. Set in Arizona and Nevada. My review.

Dark Pattern by Andrew Mayne. Set in Texas and various other locations.

Murder Theory by Andrew Mayne. Set in Russia and Georgia (US).

Looking Glass by Andrew Mayne. Set in Texas and various other locations.

The Last Mrs. Winters by Rhys Bowen. Set in England.

Tahoe Deathfall by Todd Borg. Set in California and Nevada.

Have you read any of these? Which ones? What did you think? Did any new titles catch your eye? Inquiring minds would love to know!