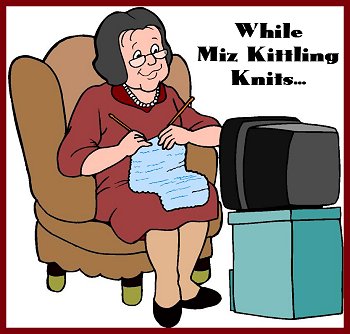 This was supposed to be a full-blown post about what I've been knitting and what I was watching on television while I was knitting, but I'm going to have to take a raincheck on that.

My cellulitis is back. I found that out at 7 PM on Christmas Day. The next day I was at the emergency room getting pumped with antibiotics, praised for coming in right away, and being started out on a new method of treatment.  In the meantime, it's back to making sure that I'm keeping this leg propped up. I tried to find a graphic that showed a woman knitting in front of a television with one leg up in the air, but no go. Oh well.

But guess what? I found out that one of my favorite yarn companies had a 45% off sale. So far I've received two out of three shipments. Here's what I've got waiting for me-- 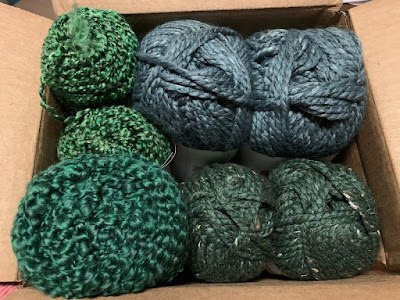 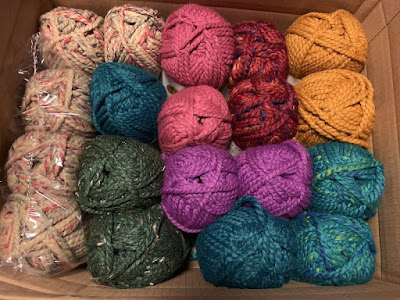 The third box will be monochromatic. I decided to make myself an afghan, so the third shipment contains the yarn for that.

However, I'm going to need restraints: that sale is still on. HELP!