I Have Alex Grecian Covered! 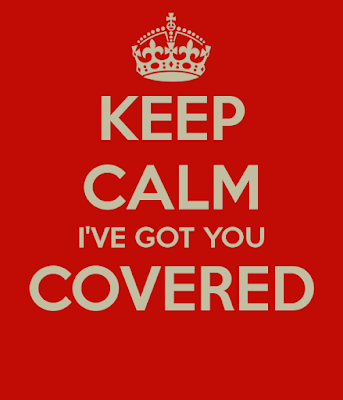 I have to admit that what persuaded me to use this week's title for a Cover Off wasn't so much the covers but the difference in titles. I always find it interesting when the same book has a different title in the UK than it does here in the US. It makes me wonder the eternal "WHY?" But before I get any further, let's take a look at the book I've chosen... 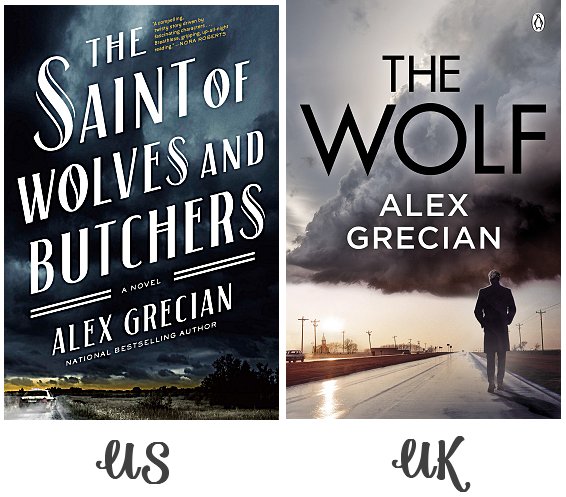 And to help us with this particular Cover Off, I'm going to add the synopsis for the book:

"Travis Roan and his dog, Bear, are hunters: They travel the world pursuing evildoers in order to bring them to justice. They have now come to Kansas on the trail of Rudolph Bormann, a Nazi doctor and concentration camp administrator who snuck into the U.S. under the name Rudy Goodman in the 1950s and has at last been identified. Travis quickly learns that Goodman has powerful friends who will go to any length to protect the Nazi; what he doesn't know is that Goodman has furtively continued his diabolical work, amassing a congregation of followers who believe he possesses Godlike powers. Caught between these men is Kansas State Trooper Skottie Foster, an African American woman and a good cop who must find a way to keep peace in her district--until she realizes the struggle between Roan and Bormann will put her and her family in grave peril."

Okay. Obviously, the wolf and/or butcher is this Rudy Goodman, and he's referred to as "the saint" because he's the head of a church in Kansas. Having been at The Poisoned Pen and heard Grecian talk about this book before it was published, it is based on a true story.

What do I think of the artwork on the covers? The UK cover is so simple that it's almost an insult. A man walking down a rain-slicked highway with a dark cloud hanging over his head. But the storm looks as though it's already passed and that cloud's merely a leftover. Land that's flat as a pancake which reminds me of the Great Plains. Absolutely no blurbs. Just the title and the author's name. On the whole, this cover says so little that most people probably wouldn't bother picking it up. Was the UK publisher obligated by contract to release the book in the UK? Just wondering.

Now, the US cover has more oomph to it, although-- you know me-- I could do without Nora Roberts' blurb and the "National Bestselling Author" bit. There's Skottie Foster's state trooper car raising a dust cloud as it travels down the road toward a sky that looks as though all hell's about to break loose. I would not want to be traveling toward that storm! I also like the font and slant the US publishers have given to the title and author's name. Very eye-catching.

But what about those two different titles?

The UK choice of title, like the cover, says nothing, gives no clues. On the other hand, when I read the US title, my first thought was "I didn't know wolves and butchers had a saint" which led to curiosity which led to me reading the synopsis.

So it should come as no surprise when I tell you that I much prefer the US cover. It's much more evocative than the UK cover.

What about you? Which cover do you prefer? US? UK? Neither one? Inquiring minds would love to know!

Email ThisBlogThis!Share to TwitterShare to FacebookShare to Pinterest
Labels: Alex Grecian, US vs UK