The Architecture of Snow by David Morrell 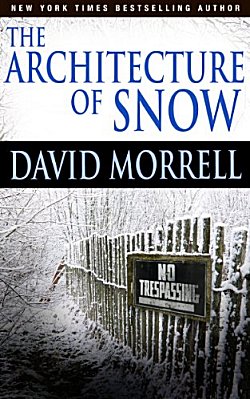 First Line: On the first Monday in October, Samuel Carver, who was 72 and suddenly unemployed, stepped in front of a fast-moving bus.

Normally I don't review single short stories, but I had to make an exception for David Morrell's "The Architecture of Snow." In this gem, Morrell uses J.D. Salinger's withdrawal from the world of writing and humans to give a loving farewell to the golden days of publishing. The way publishing is being run now, we are all the poorer for it.

Samuel Carver is a legendary Maxwell Perkins-type figure in this story, renowned for being the editor of the fabled R. J. Wentworth, an author who stopped writing and has been a hermit somewhere in Vermont for several years. But when Carver dies, Tom Neal is given the task of cleaning out Carver's office and therein he discovers a recently delivered manuscript. Neal reads it and is enchanted. He's also convinced that it was written by Wentworth.

When he informs his superiors, millions of dollar signs start flashing before their eyes, and they immediately send Neal to Vermont to take care of all the legalities they need from Wentworth. What follows is a beautifully written and bittersweet tale of the love of books and words and humanity itself. It's one of the best short stories I've ever read.