The I Can See Clearly Now Weekly Link Round-Up 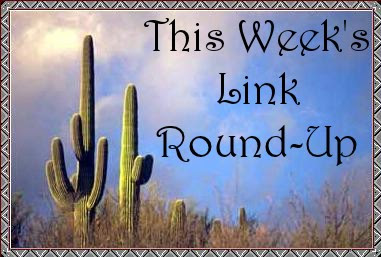 We had a few days' break from the monsoon this week, and the lack of humidity was bliss. While Denis is hard at work next Monday, I'll be heading over to The Poisoned Pen to see C.J. Box and Paul Doiron. (I'd better start limbering up my scribbling fingers now!) 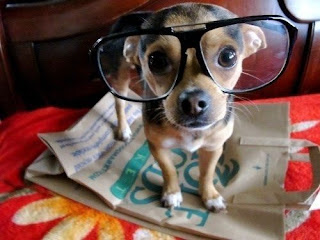 The only real news for the week happened today when I picked up my three new pairs of glasses at Costco. I did have to reassure the woman helping me that they hadn't made a mistake with my reading glasses. Denis found the perfect frames for that particular pair, since they came with a pair of polarized, magnetic sunglasses. I do a lot of reading outside in very bright sunlight, and I've been making do with an old, ill-fitting pair of clip-on sunglasses I borrowed from Denis. I've already tested my new reading glasses out in the pool, complete with their snazzy sunglasses. Wow-- I can see clearly now, and there's no glare! The other two pairs are a treat, too. It wasn't much of a change in my prescription, but I can certainly tell the difference (especially while sitting here at the computer).

Since I've been bragging about how well I can see, I'd better go take a look for those links I've been saving up for y'all....