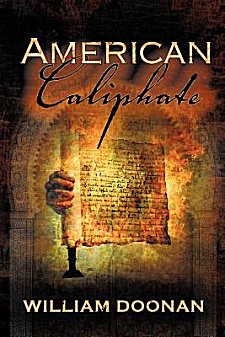 First Line: Early November was a confusing time of year, if neighborhood decorations were any indicator.

The north coast of Peru is one of the driest places on Earth. It's possible to find burial sites that are over 1,000 years old that contain skeletons still wrapped in their shrouds. But El Niño is a weather pattern that can destroy delicate remains that archaeologists uncover. That's why Professor Beckham has a mere thirty days to complete a dig at the Santiago de Paz pyramids-- and why archaeologists Jila Wells and Ben Juarez are rushing to join him and his team.

After a near-fatal attack on the previous dig the two worked together, Jila isn't all that enthusiastic about going, but she is enthusiastic about what they're trying to uncover. According to information that's been discovered, these Inca ruins contain a document that will have grave ramifications in the Islamic world-- and once Jila and Ben arrive on site, they learn that others want to keep that document hidden.

American Caliphate is a book that will appeal to anyone who loves a good tale of adventure, a good fast-paced mystery, and archaeology. Doonan is skilled at sharing historical detail without lessening the pace of his story. As a reader who's always been interested in archaeology, I appreciated the book's verisimilitude: the dig felt like a real dig, and not bare-bones window dressing.

The premise that there was an illegal expedition charged with bringing the word of Allah to Spanish Peru in the sixteenth century is an intriguing one, and not at all unbelievable, since I was already familiar with the Parana area. South America isn't just for Catholics, and hasn't been for a long, long time.

Although-- as in almost all thrillers-- the characters aren't quite as fleshed out as I prefer them, I have to admit that I wouldn't mind seeing Jila Wells make an appearance in another book. I'd definitely like to know more about her.