Spicing Up Crime Fiction With Romance 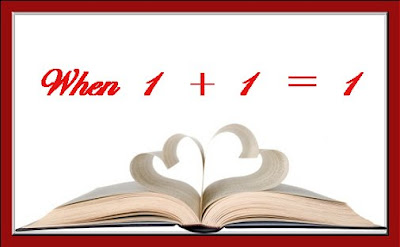 For those not familiar with the crime fiction genre, it's probably imagined to be populated by grim policemen and wisecracking private eyes. For those of us who love the genre, we're well aware of the fact that mysteries have something for everyone-- even on Valentine's Day. Yes, there are thousands of mysteries out there where the hero travels alone. There's nary a significant other in sight, and relationships consist of one night stands. But there are also thousands of mysteries out there that are spiced up with couples in committed relationships.

What better topic for Valentine's Day than this? A few of my favorite series immediately came to mind, but I thought I'd ask for recommendations on my blog's Facebook page. More series were brought to my attention, so after making a list and checking it a dozen times, I thought I'd share six authors who write crime fiction series in which the relationships between the main characters are every bit as important as who died and why. I found that they fit quite nicely into three categories: Works in Progress, Tried and True, and Forbidden Fruit. I've included two links with each series, one for the author's website and the second to a page where you can see all the books in the series in order.

Are you ready for some top notch recommendations? I hope so because I'm banking on all of you to chime in with your own! 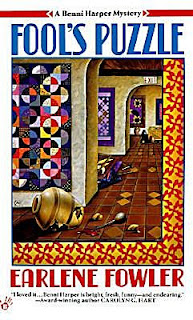 Facebook friend, Martha D., mentioned one of the series that popped into my head very quickly: Earlene Fowler's Benni Harper series set in central California. When the series begins, Benni is a young widow who's just become the director of a folk art museum. She meets and eventually marries Police Chief Gabe Ortiz, and I have to admit that I almost stopped reading the series because of Gabe!

When we first meet Gabe, he's a typical Hispanic male, full of machismo and the knowledge that all women have their place-- and it's definitely not in the middle of murder investigations. But Fowler's two main characters work hard at their relationship. Benni and Gabe still have their rough patches, but they're getting used to each other. Their strengthening relationship-- and all the books in this series-- work. 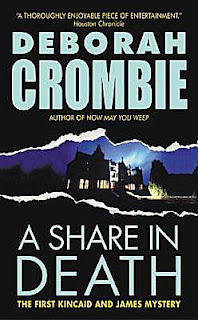 The series that immediately sprang to my mind was Deborah Crombie's Duncan Kincaid and Gemma James series set in England. When this series begins, Duncan is a superintendent at Scotland Yard, and Gemma is his sergeant. Their working relationship gradually blossoms into love. Duncan is divorced and has a young son. Gemma is a single mother with a young boy of her own. Through each of the books readers experience these two melding together with their children into a family: how their relationship factors into their careers, how they work to make sure their children feel loved and important through the transition, how their diverse backgrounds lead to misunderstandings, and how they can all  be affected by tragedy. Crombie's series is one of my very favorites, and when the talk is about relationships, Duncan and Gemma are tied for the number one spot on my Billboard Top of the Charts. You'll just have to wait to learn about the other series! 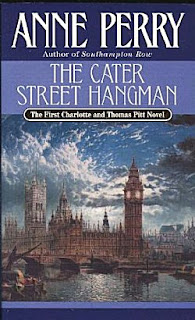 My dear friend, Jean T., recommended Anne Perry's Charlotte and Thomas Pitt series, set in Victorian England. I vividly remember beginning to read it back in 1979 or so. It has to be one of the longest running mystery series ever!

Thomas Pitt comes from humble beginnings and has worked hard to become a police inspector. His wife, Charlotte, is from an upper class family, and her connections often help Thomas with his investigations. These two people from such very different backgrounds have certainly had their misunderstandings, but they've worked hard to forge a lasting relationship that's just as much fun to read about as the mysteries they solve. 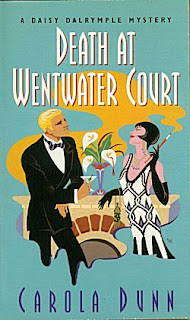 Carola Dunn's Daisy Dalrymple series was recommended by Cath of the excellent blog Read Warbler. Daisy is a journalist in 1920s England, and her husband, Alec Fletcher, is a Scotland Yard detective. (I'm beginning to see a theme here, with all these British policemen marrying smart and intrepid women!)

Their marriage has lasted through twenty books, so I'm sure their love is here to stay-- because of their genuine love for each other and because of their need to face all life has in store side by side. 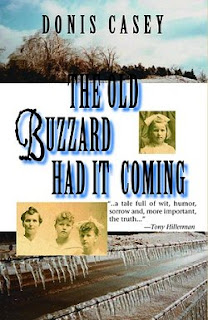 In the top five of my "relationship mystery" books is Donis Casey's Alafair Tucker series. Alafair Tucker is a ranch woman in the Oklahoma of the 1910s. She and her husband are raising ten children, and now that the eldest are old enough to help keep an eye on the younger ones, Alafair has a bit of free time to solve crimes. (Of course with children being children, some of Alafair's brood manage to get involved with a few of the crimes, too.)  Alafair and her husband Shaw have grown together over the years. They are well acquainted with each other's strengths and weaknesses. It's a marriage filled with love and commitment, and Casey's books are a delight to read whether Alafair and Shaw are taking care of their passel of young'uns or trying to solve a crime while running their ranch. 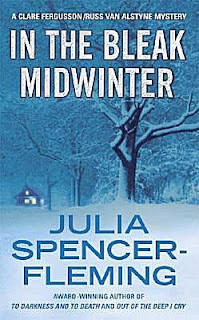 In my first category, I mentioned that two series tied for the number one spot on my personal list. Julia Spencer-Fleming's Clare Fergusson and Russ Van Alstyne series is the other one tied for first.

The first book in the series, In the Bleak Midwinter, won a boatload of awards, and although it took me a few years to overcome my innate skepticism over all the hype, I now know why it did. Clare and Russ are wonderful, fully fleshed characters, and readers get to know their endearing quirks as well as how strong each of them is.

Clare is Reverend Clare Fergusson of St. Alban's Episcopal Church in Millers Kill, New York. She is single and she works very hard to do as much as she can for her fellow human beings. Russ is the Millers Kill police chief, and he is very much married, although he and his wife have grown apart over the years. With Clare and Russ spending so much time in each other's company, readers can see how good they are together-- how they belong together. As the series progresses, the two fall in love, and it is painful to watch because these are two very good, very honorable, people. As Clare says in Out of the Deep I Cry, "We're going to break each other's heart."  This is forbidden fruit at its finest, and I have to know how their lives are going to turn out.

They're Not All Fairy Tales 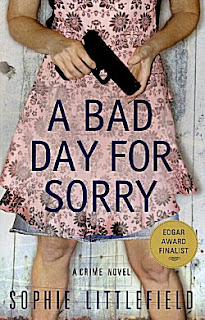 As I said at the beginning of this post, crime fiction lovers know that there's something for everybody. This also holds true for "relationship" mysteries. Not all relationships turn out well. Sometimes partners prove themselves to be abusive.

Just ask Stella Hardesty, a 50-year-old widow who once suffered domestic violence and now runs a sewing shop in Missouri. You see, Sophie Littlefield in her Stella Hardesty series has created a woman who's been there, survived that, and refuses to wear the t-shirt-- but she won't refuse to help any woman who comes to her for help with an abusive partner. Stella knows what relationships are supposed to be like, and with her on the scene, abusers had best change their ways!

Now that I've listed mine-- with the help of a few of my friends-- it's time for some much-wanted input from all of you. Did I list any of your personal favorites? Which ones? More importantly: which ones did I leave out? A true bookaholic can never have too many recommendations!