Scene of the Crime with Author Ben H. Winters!

This has been a fantastic summer for reading, and one of the best books I've read this season-- or this year, for that matter-- is The Last Policeman by Ben H. Winters. This first book in a trilogy is about a brand-new homicide detective who lives in a world that will be destroyed by an asteroid in just a few short months. While he remains steadfast to his job, millions of people have decided to play hooky well before catastrophe strikes. If the name of this talented writer sounds familiar, you may have read some of his other books like Sense and Sensibility and Sea Monsters or Bedbugs.

Before we get started with the interview, here are a few links for you just in case you'd like to learn more about the author:

Now let's get started with that interview! 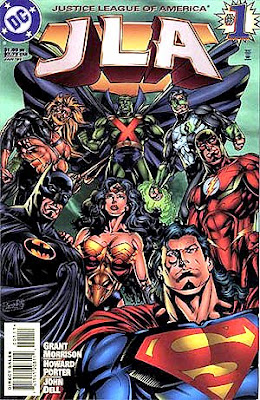 The first books I remember loving are comic books—when I was maturing as a reader I was obsessed with Justice League of America, the Flash, Action Comics, and then later The Watchmen. The really great comic books do what I aspire to do in my fiction, which is transcend genre and add an element of honesty and intellectual stimulation to the pure pleasure of pop.

We just bought a house for the first time, in the Midwest, in the middle of a drought, so my free time has involved a lot of frantic watering of trees.  But in general, I spend a lot of time with my three beautiful children, and as much time as I can reading.

It’s a tough question because we just moved to Indianapolis a month ago, so I’ve only begun to scratch the surface of what gives every appearance of being a smart, easygoing, culturally rich city. One thing I can recommend for sure is Big Hat Books and Arts, in Broad Ripple, where they hosted a terrific little “launch party” for me when Policeman came out, and I had lived here for all of five days. The owner’s husband is the novelist Dan Barden, whose great mystery, The Next Right Thing, I’m reading right now. 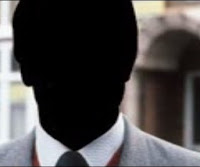 Well, clearly if a writer has total control over a movie, we are deep in the realm of fantasy, so I’ll choose to be played by a series of different actors of varying genders, ages, and ethnicities, like in that weird biopic of Bob Dylan.

Thomas Ripley, from the Patricia Highsmith novels, The Talented Mr. Ripley and its sequels. I’ve actually been rereading those (gripping and deeply unsettling) books in the last year, as part of thinking about the The Last Policeman trilogy, and how to create and maintain a tonal universe over a series of novels. 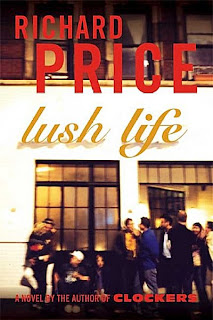 That question has complicated emotional resonances for me, as I bet it does for a lot of artists, since it’s important to me to be able to experience admiration without envy. Having said that, I am deeply in awe of Richard Price and his ultra-intelligent crime novels like Clockers and Lush Life, and I strive, when I sit down to write, to craft plot and render dialog as well as he does.

A friend of mine (the talented young-adult author Suzanne LaFleur) gave me a very thoughtful gift on the occasion, which was copies of the book that would be on either side of mine on the shelves; something by someone surnamed Wilson, something by a Winton, I think. To tell you the truth, I probably “celebrated” by starting the next book—I am too anxious of a human animal, in general, to actually enjoy success of any kind for any extended period.

At Book Expo of America this past June, I chased down a pair of NYC beat cops who were wandering the conference center, and pressed upon them galleys of The Last Policeman. They were very nice about it, smiled politely, and did not pepper spray me.

The best thing is that in this age of multitudinous digital distractions, good-old-fashioned books are at least being given a platform on which to compete. The worst thing is that, on the whole, authors get paid less every time someone chooses to buy one of our works in its digital version instead of in print.


Thank you so much for spending this time with us, Ben. We really appreciate the opportunity to get to know you a little better.

May your book sales do nothing but increase! (And I know I'll be one of the first in line for the second book in The Last Policeman trilogy!)