Scene of the Crime with Author Nancy Means Wright!

When I emailed author Nancy Means Wright to see if she would be amenable to an interview, I discovered that she already knew about my blog and had been dropping in from time to time to see what I was up to.

Having done a bit of my own checking, I knew that Nancy has written many things besides the historical mystery series featuring Mary Wollstonecraft that I've read and enjoyed.

Nancy has written award-winning poetry, short stories, children's books, non-fiction books... you name it. It's obvious to me that she loves the written word, and I think that by the end of this interview, you'll believe it, too.

Let's begin the interview, shall we?


What was the first book you remember reading and loving and why was it special?

One Hundred Best Poems for Boys and Girls: an orange polka-dot cover, battered, thumb-printed from years of use, and inscribed by my Scots-Irish dad. I kept it under my pillow to read, with the flashlight Mother said would ruin my eyes. The poems piqued my imagination, stimulated my muse.

“A road might lead to anywhere--/ To harbor towns and quays,/Or to a witch’s pointed house /Hidden by bristly trees.”( Rachel Field) That witch brought thrills—and chills.

Or Emily Dickinson’s early lesson in writing: “I never saw a moor, I never saw the sea; Yet know I how the heather looks,/And what a wave must be.”

Or “Dark brown is the river./Golden is the sand,/It flows along forever…” (Robert Louis Stevenson). When my father died, aged 52, and Mother took me to live in a girl’s  school, I rediscovered that verse—in song…. I spent summers in a Vermont camp, reliving Robin Hood’s merry band, the subject of Alfred Noyes’ poem: “Sherwood in the twilight, is Robin Hood awake?” Hiding in the trees, I could hear that “ghostly bugle-note shivering through the leaves.” Robin Hood led me to18th-century England, where I am now, with passionate Mary Wollstonecraft, railing against injustice of any kind!


Outside of writing and all associated commitments, what do you like to do in your free time?

Travel, yes! for adventure and research: boating down the Nile, barging through the Netherlands, walking in Wollstonecraft’s footsteps in Ireland, London, and revolutionary Paris. I love theater. I’ve spent much of my life acting and directing, which has hopefully enhanced my writing; I’ve adapted my kids’ books into musicals for my son’s Very Merry Theatre. And I sing—in groups.

But my very favorite pastime is gardening. “We must cultivate our garden,” Voltaire’s Candide concluded after battling sham, hypocrisy, wars, earthquakes. There is nothing more satisfying than watching green stems shoot up out of the snow that held my garden all winter at ground zero. I like to fill my fingernails with sweet earth… And then flowers in the house, spreading fragrance, overpowering even the catbox.

If I were to visit your hometown, where would you recommend that I go?

We have a well-kept trail around the town of Middlebury, Vermont: in summer/fall you can walk it; in winter, ski it. In early spring you’ll need boots to navigate the mud! For plays, even opera, there’s our Town Hall Theater, or Middlebury College, with films, lectures open to the public. Otter Creek flows through town, with a rushing waterfall (although, tragically, a college boy once drowned there). If you climb into your canoe in nearby Cornwall, you can paddle past Ann Story’s 18th-century cave (to escape Tories &  Indians) and on to Middlebury, climbing out behind Mr Ups restaurant. And I mustn’t forget Carol’s Hungry Mind coffeehouse, begun by a couple with little cash but lots of love and hope. Sadly, Carol died of pancreatic cancer a few days before opening, but John has carried on with verve. My spouse considers it his “club.” I always know where to find him!


You have control over casting a movie based on your life. Which actor would you cast as you?

I think I’d choose Helen Mirren. She has played roles as diverse as Cleopatra and then Jane Tennison in the Prime Suspect series. Mirren was so tough as both those women, so independent, yet conflicted as well. And I loved her as Queen Elizabeth, and later as the troubled wife Sofya Tolstoy in The Last Station—a headstrong woman who wasn’t about to let her famous husband control her—not after she’d copied the manuscript of his lengthy War and Peace seven times over!

I’m crazy about Kate Atkinson’s tough PI, Jackson Brodie, now in his third outing, and in a TV series, too, that I’m dying to see! A former policeman and soldier, with a life full of lost loves and missed opportunities, he has a soft side that melts when he sees a dysfunctional person or tracks a vulnerable victim. He’s reluctant to get involved in a crime, but once hooked, he throws his whole self into the pursuit. He may not see himself as a romantic hero, but for me, his very reluctance teases and attracts. I find him irresistible.


Name one book you’ve read that you wish you had written. What is it that made the book come to mind? 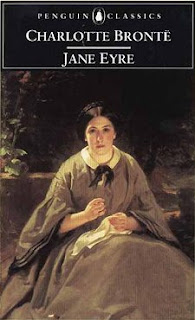 Jane Eyre, yes! I’ve re-re-read it as research for my Midnight Fires. Both Charlotte Brontë and Mary Wollstonecraft were governesses for a time, and  although Jane was smaller and plainer than real-life Mary, she knew the pain and humiliation of the job. “For liberty I gasped,” Jane cries, “for liberty I uttered a prayer.” When Mary was fired from her job, she declared: “I shall live independent or not at all!” I suspect that Brontë longed for a Grand Passion, but unlike Mary, found it only in her imagination—with Mr. Rochester. Mary thought she’d found it, but was ultimately betrayed. Both writers, too, were obsessed with thoughts of madness. Brontë’s madwoman-in-the-attic Bertha both fascinates and frightens me!


Which was the greatest incentive in deciding to write a mystery featuring Mary Wollstonecraft—the person herself or the time in which she lived?

Although I’ve long been captivated by the 18th-century as an Age of Enlightenment, and by its revolutions and democratic ideals, it was Mary herself who drew me. I admired her perseverance in the face of slander after her Vindication of the Rights of Woman came out (they called her a “hyena in petticoats”). She led a colorful life, including the kidnap of an abused sister and involvement in the French Revolution when she fell blindly in love with a feckless American who got her pregnant, then abandoned her and child. Her intolerance of sham and injustice led me to believe she’d make an intrepid sleuth. My second novel, The Nightmare, featuring Mary, is just out from Perseverance Press.


What did you do the first time you saw one of  your books on a shelf in a bookstore? Or celebrate when you first heard you were to be published?

When my first novel was published, my husband was away, my kids in bed, so I broke open a bottle of vodka and finished it off with a neighbor—wheee! But when the book appeared in the stores, I was so embarrassed by the cover—hairy hand pulling back a translucent curtain to reveal a naked woman, a scene decidedly not in my feminist novel, I sent my four kids and friends back and back to my local bookshop to buy up copies. Thinking they had a bestseller, the store kept ordering more. After I caught on, sales diminished of course….


What is the most unusual experience you’ve had at a book signing or author event?

Last spring I had surgery on a broken right arm after I slipped, running late into Town Meeting. My novel was nearing its pub date, and I was so stressed about missing events that my doctor put me on a blood pressure pill. But the pills put me off balance, and so I began to wean myself off. My spouse drove me to my event at a Massachusetts library, and to relax, I took the stronger dose. I greeted my fellow panelists—and before I could get to the speakers’ table—my legs collapsed under me! Afraid I was having a heart attack, the librarian called 911, medics shoved me into an ambulance, and I missed the whole event! After a costly night in hospital, the doctors declared it “just an overdose.” Talk about humilation…


What is your opinion of eBooks, and how will they affect you as a published author?

I think eBooks are an amazing innovation. My spouse loves his Kindle and reads more books, especially science fiction (he’s an aerospace engineer) than he ever did. Meanwhile, I’m hanging on to my print books—I like to hold and smell them. Eight of my backlist books, though, are now eBooks; in this way, they have new life. Yet with the proliferation of writers putting out eBooks, the field is more crowded than ever. And no one seems to know just how to promote, or price them. My e-Midnight Fires, selling for $9.95 on Amazon (a price beyond my publisher’s control), competes with self-published books priced as low as 99 cents! So the effect on me as a traditionally published author remains to be seen. (You can take those last four words literally!)

Thank you so much for spending this time with us, Nancy. We really appreciate being able to get to know you a bit better. May your book sales do nothing but increase!
by Cathy at Monday, September 26, 2011