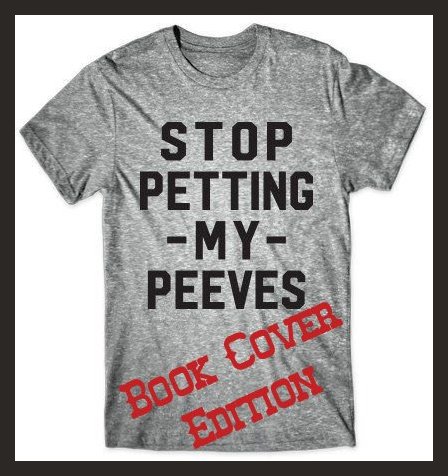 It's funny how seeing something on the internet gets your mind racing down certain paths. I saw the t-shirt above (minus the phrase "Book Cover Edition") and for some reason, I started thinking of pet peeves concerning books.

Although I have a few pet peeves when it comes to book covers, I'm only going to talk about one. I was reading along quite happily in Lou Berney's excellent November Road when a saguaro was mentioned. I immediately wanted to stop and scratch one of my pet peeves. Why the urge to scratch? Because the characters were in Las Vegas, and saguaros do not grow in Nevada! It's a fact that's easily checked, and in the progression from the writing of a book to its being published, November Road passed by several pairs of eyes. Nobody caught it.

No one caught it with these covers, either. 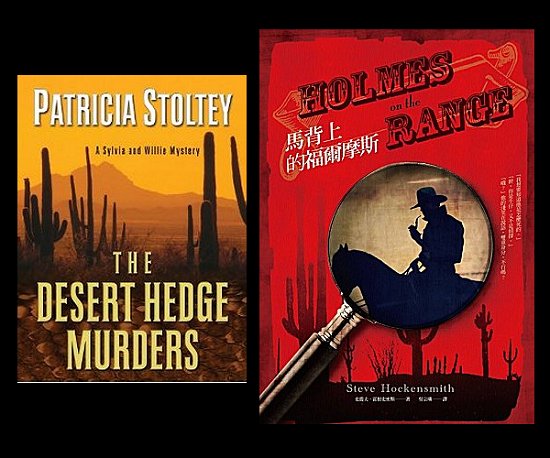 The Desert Hedge Murders takes place in Nevada, and Holmes on the Range travels quite a bit of the Old West, but the Amlingmeyer brothers don't make it to Arizona either! (I think I've progressed from scratching to grinding my teeth.)

I know what the problem is. Saguaros have become a symbol of the western part of the United States. But the perfectionist in me just plain flat doesn't like the spread of misinformation. Another example I can think of is Monument Valley. John Ford filmed several Westerns in Monument Valley (which is right on the Arizona-Utah border), and guess where most of those movies were supposed to take place? Texas. Blech.

How many people who read November Road or The Desert Hedge Murders or the Japanese version of Holmes on the Range, visited Nevada, Texas, or who-knows-where and wondered where the saguaros were? How many people who saw those John Ford Westerns went to Texas looking for the Mittens or the Three Sisters? At least I can say one thing about the cover of Patricia Stoltey's mystery: there's not a saguaro to be found on any of its subsequent covers.

As you could see by the little map section further up, saguaros are very picky about where they grow. I love them. Their history and the facts about them are fascinating. When I lived in central Illinois and went traveling, heading back east and seeing the Mississippi River always told me I was getting close to home. I've lived in Arizona for a long time now. When I come home from a long journey and see saguaros, I know I am home, and even though they've become a symbol, don't try to sell me a book set in Montana that has a saguaro on the cover. I might just have something pithy to say!

I'll bet all of you have some sort of pet peeve when it comes to book covers. Care to share one?