Scene of the Crime with Wendall Thomas! 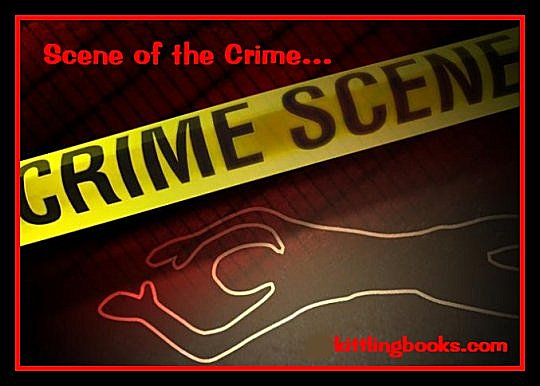 It's been a long, long time since you've seen a Scene of the Crime author interview here on Kittling: Books, and I thought it was high time to resurrect the series. What better author to resurrect it with than Wendall Thomas? Her first Cyd Redondo mystery, Lost Luggage, was one of my Best Reads of 2018. Tuesday, March 19, marks the release of her second book to feature Cyd, Drowned Under. You'll see my review of Drowned Under Tuesday, but let's take a while to get to know the very talented Wendall Thomas a little better!

For those of you who like to follow authors through their websites and social media, here are some links for you:

I can't stress highly enough that Wendall's Cyd Redondo mysteries are good for what ails you. Need a laugh? Go see Cyd. You're also going to learn some fascinating information about different subjects such as wildlife and travel agencies. If Cyd were real, I'd want her to book my next trip!
Now it's time to get to those questions!

What was the very first book you remember reading and loving? What makes the book so special? 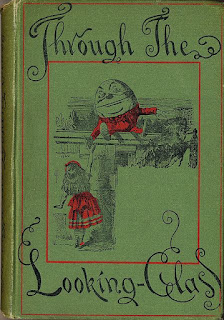 In terms of being read to as a child, I couldn’t get enough of anything by Dr. Seuss but Alice’s Adventures through the Looking Glass (I prefer its snarkier tone to Wonderland) was the kicker–that moment where she steps through the looking glass still gets me.
Even as a kid I loved that Alice did not suffer fools and I was crazy about the language and Tenniel’s illustrations. I still read it once a year. There are so many lines that have become more relevant over time, especially this exchange: “The horror of that moment,” the King went on, “I shall never forget!” “You will, though,” the Queen said, “If you don’t make a memorandum of it.”

What have you read recently that you'd recommend to us? 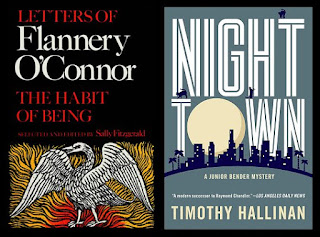 I’ve recently revisited Flannery O’Connor’s collection of letters: The Habit of Being. They are profound and hilarious and if you’ve never read them, you’re in for a treat.

Probably my favorite recent release is Tim Hallinan’s Nighttown, which, like O’Connor’s work, is deeply funny in moments, but also has a lot to say about history and the value (and devaluing) of things.

How did you celebrate when you first heard you were to be published? 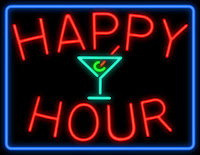 Honestly, I remember sitting at my desk, reading the email, and bursting into tears. I always wanted to write novels, but didn’t have the nerve to try until late in life, and then had an agent who wouldn’t send Lost Luggage out for a year and a half. I finally parted ways with her and sent it out myself and the idea that someone actually wanted to publish it just completely overcame me. Then, my husband took me out for happy hour.

What did you do the first time you saw one of your books on a shelf in a bookstore?

Seeing my book for sale was a thrill, but to be honest, I was most excited to see it on the shelf at the Los Angeles Central Library. The library—that’s the pinnacle for me.

Who is your favorite recurring character in crime fiction?
A tie between Sara Paretsky’s V.I. Warshawski and Ngaio Marsh’s Inspector Alleyn. He and Agatha Troy have my hands-down, all-time-favorite literary marriage. 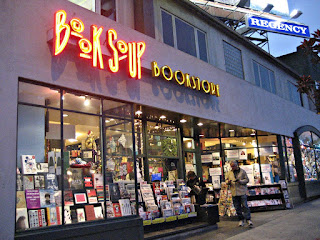 Outside of your writing and all your other commitments, what do you like to do in your free time?
Travel. I love to figure out how to navigate a new city. And I’m a huge movie and music fan, so I spend a lot of time listening to and finding new (and old) music and watching new and classic films. I’m also a big walker.

Although I grew up in Chapel Hill, N.C., I’ve lived in Los Angeles for 33 years. It’s a fantastic city for going “off guidebook.”
In my neighborhood, I can recommend the New Beverly Cinema--which has served up double features of classic films since I moved here in 1986 and is now owned and operated by Quentin Tarantino. They only show films on 35mm, change the programs three times a week, and have great popcorn.

El Carmen has also been around forever – it’s the site where Lindsay Buckingham said he would only join Fleetwood Mac if they took his girlfriend—Stevie Nicks—too. It’s a tiny, dark, and potent tequila and mezcal bar on Third St. and a great place to duck in for a drink.
And, if you find yourself in Downtown LA, stop into the Fine Arts Building on 7th St. or the Bradbury Building on Broadway. Both are historic, staggeringly beautiful buildings and their lobbies are open to the public. The Bradbury Building is featured in a host of films, including Blade Runner, 500 Days of Summer, and The Artist, while the more obscure Fine Arts has one of the most gorgeous Deco lobbies I’ve ever seen.

Name one thing on your Bucket List.
I’d like to meet Ry Cooder. He’s probably the living person I most admire.

An extremely reliable source tells you that a thinly disguised you is a character in a book that's currently high up on the New York Times bestseller list. What kind of character do you think you are?

You are a contestant on Jeopardy, and you have an excellent chance of winning. What category do you hope shows up on Final Jeopardy?

Session Musicians of the 1970s.

Session Musicians of the 1970s? *gulp* May I just say that I hope I'm not facing Final Jeopardy with you because I wouldn't have a prayer!

Wendall, thank you so much for taking this time to let us get to know you better. It's been a real pleasure.

Best of luck with Drowned Under-- it's a winner!