A Who Are You? for August 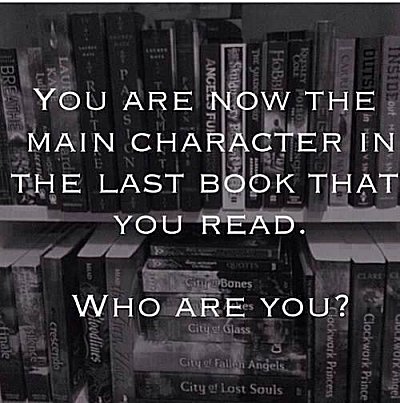 This is really a tough one for me to answer because the book I just finished reading today is Don't Eat Me, the thirteenth Dr. Siri Paiboun mystery by Colin Cotterill. This is a historical mystery series set during the 1970s in Communist Laos. Here are the cover and synopsis of the book: 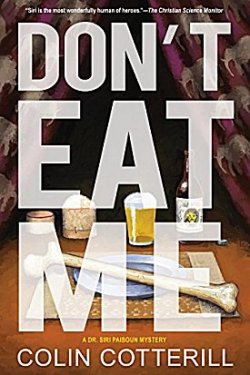 "Between getting into a tangle with a corrupt local judge, and discovering a disturbing black-market business, Dr. Siri and his friend Inspector Phosy have their hands full in the thirteenth installment of Colin Cotterill's quirky, critically acclaimed series.

Dr. Siri Paiboun, the 75-year-old ex-national coroner of Laos, may have more experience dissecting bodies than making art, but now that he’s managed to smuggle a fancy movie camera into the country, he devises a plan to shoot a Lao adaptation of War and Peace with his friend Civilai. The only problem? The Ministry of Culture must approve the script before they can get rolling. That, and they can’t figure out how to turn on the camera.

Meanwhile, the skeleton of a woman has appeared under the Anusawari Arch in the middle of the night. Siri puts his directorial debut on hold and assists his friend Phosy, the newly promoted Senior Police Inspector, with the ensuing investigation. Though the death of the unknown woman seems to be recent, the flesh on her corpse has been picked off in places as if something—or someone—has been gnawing on the bones. The plot Siri and his friends uncover involves much more than a single set of skeletal remains."


Now, why is it difficult for me to talk about being the main character in this book? Because it's an ensemble piece, and it's taken me a while to come up with a workable strategy. Three different characters take charge during the course of the book, so I'll say something about being each one.

In the beginning, Don't Eat Me focuses on Dr. Siri Paiboun, the seventy-something ex-National Coroner of Laos. Siri has managed to get his hands on a camera that fell off the back of one of the trucks carrying equipment for the production company filming The Deerhunter. He's written a screenplay which is War and Peace set in Laos, but he's finding out that it will be difficult to film his magnum opus because all sorts of government agencies want a piece of the action. That, and no one can figure out how to turn on the camera. I love Dr. Siri so I wouldn't have any problem at all being him for a while, although I admit that I would not care for dealing with those government types!

The middle portion of the book focuses on one of Dr. Siri's friends, Phosy, who's recently been promoted to Chief Inspector. Phosy is working very hard to root out all the bad apples in a police force tainted with deeply rooted corruption, and it puts him in a boatload (think Titanic) of trouble. I wouldn't particularly want to be Phosy in this book!

The ending of Don't Eat Me focuses on Mr. Geung, a man with Down syndrome. He is a happy man. He has a good job. He has a woman he loves (and who loves him). And he has more friends than he can count. He tells us "If I can have one...wish this day, it is that we all stop comparing the size of our brains and learn to see the size of each other's hearts." It would be an honor for me to be Mr. Geung.

Now... what about you? What book did you just finish reading, and who are you? Inquiring minds would love to know!

Email ThisBlogThis!Share to TwitterShare to FacebookShare to Pinterest
Labels: Reading is FUN