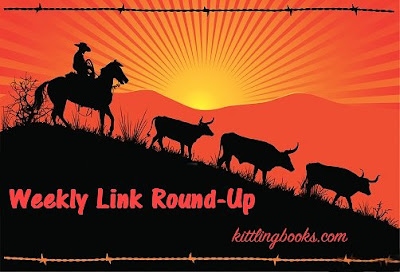 I've mentioned in the past few weeks that I've been organizing the shelves in my craft room, and I'm just about to reshelve some books, which is something I've always loved to do-- I find it soothing. Many of the people I've worked with over the years when asked to describe me have almost unanimously said, "organized," and I think they have a point. If everything is organized, you save time because you don't have to hunt for things, and if things are kept picked up most folks won't notice a little dust. (Told you I didn't like cleaning!) 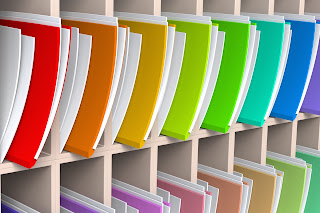 What I often forget about during my organizational rampages, however, are online things, and that's what I've been working on recently. A lot of people don't see the point of Pinterest, but I don't care. I learned a long time ago that no two people see things exactly the same way. I'm a visual person, so Pinterest suits me right down to the ground. I'm in charge of The Poisoned Pen's Pinterest page, and when I saw that there was a new upgrade to the app, I was all for it.

I don't know about any of the rest of you Pinterest users, but I find it daunting to come across another user who has hundreds of different boards. Who has time to scroll through all of them? When Pinterest added "sections," my first thought was "'bout time!" That one thing has saved me a lot of work on The Poisoned Pen's boards, but I forgot all about my own until the past few days. Now instead of having one board per year of books I've read or my favorite reads each year, I can have one board "Books Read by Year" or "Best Reads by Year," and each one can have sections for each year. Two boards instead of fourteen. So I've been tidying them up and being much too pleased with it. Just goes to show that I'm an organizational junkie! And doing this has taken me down Memory Lane over and over again. "It's been five YEARS since I read that book? Impossible!" "Oooooh, I love that book!" "I wonder if that author has written a new book?" See what I mean?

Now that I've finished blathering about an uninteresting topic, it's time to head on out to the corral. (Some of you probably already skipped down to this part!) Head 'em up! Moooooooove 'em out!

That's all for this week! Don't forget to join me next Friday when I'll be sharing a freshly selected batch of links for your surfing pleasure.