My Favorite Movies about Teachers 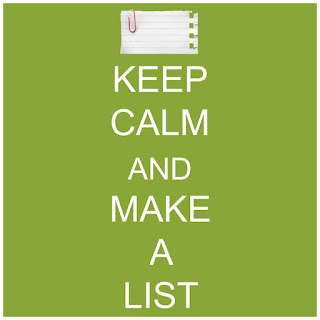 This week my top ten list stays closer to the original subject of this blog because many of the movies on it are based on books.

I've found movies about teachers to be inspiring for many years, ever since I was a child in fact. I think I harbored an idea of becoming a teacher once, and for a period of a few years, I was sent from coast to coast to train people for the company that employed me. But the idea I had involved being something like a history teacher, where I could use many of the bizarre facts I've learned over years of reading to spark the imaginations of my students. But I don't really have the emotional fortitude it takes to be a teacher, and my path led me elsewhere.

But I can still love watching movies about teachers, and this is my list of my top ten movies featuring them. They inspired me when I first watched, and they inspire me still. This time, I've listed my choices according to the years they were released. If you click on the portion of the caption after the release date, you'll be able to find out more about the movie. Let's take a look---


If you like movies about teachers, did I leave out any of your favorites? Which ones? (You knew I was going to ask!)

Perhaps my caption below The Miracle Worker needs a bit of explanation. I watched the film when I was young. Both Anne Bancroft and Patty Duke won Academy Awards. Although I wanted to be loyal to Bancroft, my attention was commandeered by Patty Duke as Helen Keller. I just marked it down to the girl having the "showier" role. (The movie poster makes the film resemble The Exorcist!) But in 1979, The Miracle Worker was made again, this time with Duke in the role of Annie Sullivan. Once again Duke was absolutely riveting. It didn't matter which role she had, both Helen and Annie were hers. It's as though no one could possibly understand those parts the way she did. They were in her soul.

Hmm... I feel a trip to Netflix coming up shortly! How about you?