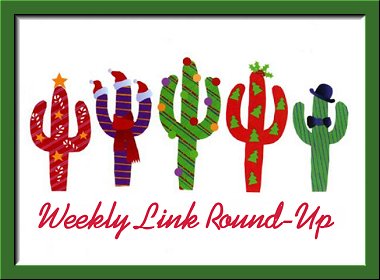 Here it is, the last round-up before Christmas... and almost the last round-up of the year. I've been sitting here in the wee hours of the morning listening to some of my favorite Christmas music (Handel's "Messiah," Jose Feliciano's "Feliz Navidad," and Andy Williams singing any Christmas carol you can think of). I've also been working on blog posts, thinking of trips Denis and I will be taking next year, and making sure I do have everything I need to make Christmas dinner. I get a lot of thinking and typing done at this time of night. I always have. 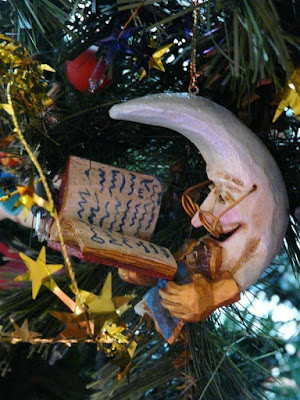 I've also been thinking of that cowl I was knitting. For some reason, I've hit a brick wall and keep making mistakes on something that was going so quickly and going to be so beautiful. I've unraveled it and rewound the yarn and started making something else. Hopefully, if I give my errant brain and fingers a rest, I'll be able to go back to it and get it done properly.

Yet another thought that's crossed my mind is what an incredible life I've had. I could not have dreamed this up in a million years, and I'm thankful for every minute of it-- even those times when I thought I was going to let go of the end of my rope. All those moments, good and bad, have made me the person I am now, and no matter what you're celebrating at this time of year (even if it's nothing), I wish you a peaceful heart and a peaceful mind. (A new book or two wouldn't go amiss either.)