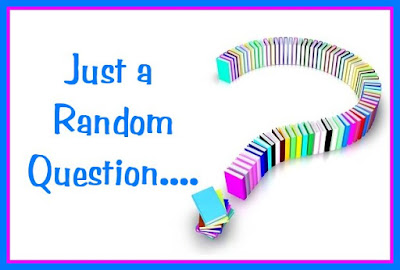 I've been pondering this ever since I read and reviewed David Lagercrantz's continuation of Stieg Larsson's Millennium series, and I finally decided the only way I'd get a good answer is to ask all of you.

How do you feel about mystery series being continued by other writers once the series creator has died?


My curiosity doesn't just stem from my reading of Lagercrantz's The Girl in the Spider's Web.  I have also attended events at The Poisoned Pen in which featured authors have talked about continuing a series and how the process of writing something like that differs from writing one of their own books.

It seems to be happening more and more. The list of series continuations grows. Robert B. Parker. Dick Francis. Stieg Larsson. Agatha Christie. Tony Hillerman. Dorothy L. Sayers.  I know I'm missing several, but these are the authors' names that came flying out when I opened my mental barn doors.

I can understand how many readers would be bereft if the author of their favorite series died. I felt that way when I learned of the death of Leighton Gage, a very talented man who taught me so much about Brazil in his Chief Inspector Mario Silva mysteries. I still miss him... but I don't want someone else taking over the characters he created. The new person's vision would not be the same, nor would his writing style. Even if reams of the most detailed notes were left behind.

Perhaps my opinion is unduly harsh due to the whole Harper Lee/Go Set a Watchman fiasco. To me it was crystal clear that Go Set a Watchman was a rough first draft of To Kill a Mockingbird and was never meant to be published. It's only after Harper Lee's sister-- and fierce guardian of Harper's legacy-- died that unscrupulous people in control of the author's affairs decided to make as much money as they could at the expense of an elderly woman in poor health. They cared nothing about legacies even if Harper Lee's was one of the most fabled in all of American literature. All they could see was dollar signs. I think it's this more than anything else that makes me see all these series continuations with a very jaundiced eye.

So... for my part, when an author dies, I think that should be the end of the series. It doesn't matter if they had five or six manuscripts in various stages of completion; that should be The End. Yes, I'll miss the characters. Yes, I'll miss the way that particular author wrote. But at the end of the day, I have thousands of other books available for me to read, and among those thousands, I know I will find new authors and new stories to fall in love with.

But what do you think? I've only read one example of a series now being written by someone else. Have you read any? What did you think-- close enough to the original for you to enjoy?  Or do you have reservations about doing it, too? I've said it before, and I'll say it again (because it's TRUE)-- Inquiring minds would love to know! Please don't keep me in suspense!