The To Sleep Perchance to Read Weekly Link Round-Up 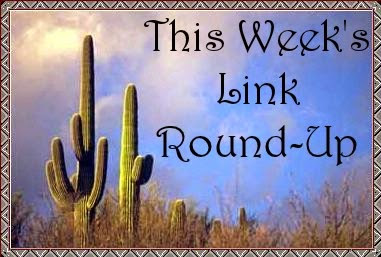 You know, it is impossible for me to tell you the last time I woke up feeling rested and refreshed. Sometimes I think that part of my sleeping life is gone. Done. Dusted. Too many aches and pains wake me up throughout the night. Too many interests keep me from going to bed when I should. The first person who said growing old isn't for wimps knew exactly what he was talking about. 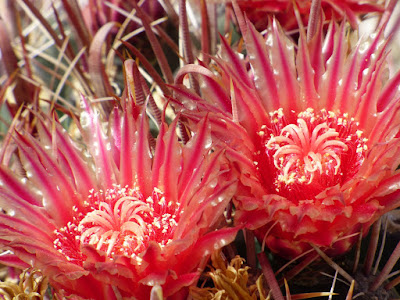 Do I let this get me down? What's the point? The only thing about this whole sleep thing that gets me growling is the fact that, when I do settle down to get some serious reading done, I tend to fall asleep. I wouldn't be surprised if steam leaks out of my ears from time to time when I wake up from one of these impromptu naps. And it doesn't matter what position in which I try to read. All this means is that the number of books I've read has fallen off noticeably. It makes me wonder what's going to happen when I start reading in the pool. Will I stay awake? Are books going to be taking a dip? We shall see.

In the mean time, I'm sharing one of my favorite photos from a recent trip to the Desert Botanical Garden. The colors of cactus blossoms can be fabulous, but in many ways, my favorite parts are the insides where all the pollen is. The interiors of the blooms in the photo above remind me of fireworks, and looking at the photo makes me smile. Click on the photo to see it full size, and see if it doesn't make you smile, too! Much better than grumping over sleep, eh?

Now it's time to mosey out to the corral because I have a lot of links I've been saving for you. Head 'em up! Mooooooove 'em out!