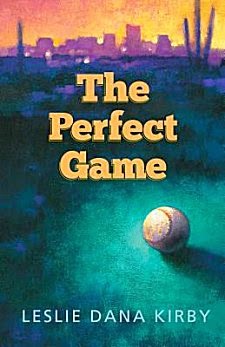 First Line: The young man was dead, the unfortunate result of excessive speed combined with bald motorcycle tires and an unhealthy attraction to wind blowing through his hair.

It's quite an accomplishment to start an emergency medicine residency at Phoenix Good Samaritan Hospital, but for Lauren Rose it's just as important to be close to her sister Liz.  Between her own residency at Good Sam and Liz's life married to the star pitcher of the Arizona Diamondbacks baseball team, the sisters may not spend as much time with each other as they'd like, but at least distance has been taken out of the equation.

Then Liz is murdered, and Lauren is bereft. The major part of the Scottsdale police's investigation appears to be badgering her, and when the lie detector test she reluctantly takes is inconclusive, she feels as though she's the main suspect. The only person she feels able to turn to in her fear and grief is Liz's husband, Jake Wakefield. Lauren needs help. Real help. Or she's going to wind up in the Arizona State prison system instead of having a brilliant career in medicine.

When I learn of a new mystery that's set right here in Arizona, I want to read it, and the setting of the Phoenix metropolitan area combined with a bit of Arizona Diamondbacks baseball did not disappoint. Not a baseball fan? Don't worry. There's not enough of the sport in the book to scare away any non-fans.

With the local police zeroing in on Lauren so quickly and their constant badgering of her, readers are practically thrown into the Save Lauren camp. The identity of the killer isn't the issue in this book; it's rather easily deduced. The problem lies in gathering the evidence to prove it, and as things begin to look dire for Lauren, the strongest scenes in The Perfect Game unfold in the courtroom. Deleted internet searches, surprise witnesses, video surveillance and more are making Lauren Rose look guiltier and guiltier-- and then author Leslie Kirby turns her book into a game of cat-and-mouse. Strategy and skill are going to be what saves this young woman... and a little bit of luck.

Unfortunately the entire book fell a bit flat for me, and most of it was due to the character of Lauren Rose. This young woman was just a bit too naive for me to believe completely. Yes, I understand feeling lost and alone and bludgeoned with grief. With no other family than her fragile grandmother, if Lauren didn't feel that way, she wouldn't be quite human, would she? But I turned from fully supporting Lauren to wondering what kind of an idiot she was when she began to get romantically involved with her murdered sister's husband. Multiple scenes in which her sole concern seemed to be about what clothing to wear when going to spend time with Jake Wakefield actually made me question her love for her sister.

Combine my disappointment in Lauren with some rather easily foreseen plot twists, and I was left with a book that has potential, but one that fell short of being a perfect game.