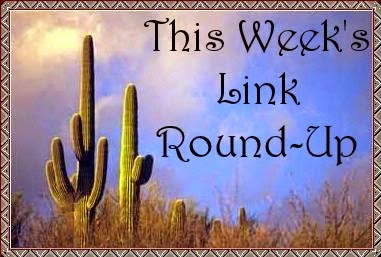 Spring cleaning should come with a warning label. Honestly! The whole house could've come down around my ears, but I finally came to my senses and stopped. I was tempted to go one step further and hide in the closet.

It all began with me innocently thinking that I was going to be scrubbing floors. The rugs had to be rounded up and washed, so I started doing that. One of the rugs was partially under a small bookcase, so I moved the bookcase, picked up the rug... and saw a large amount of crud that had gathered behind the bookcase.

When I plugged in the vacuum cleaner to suck up the crud, I tripped the outlet to the freezer. No matter what I did, I couldn't get the freezer going, so I had to empty its contents into the freezer compartment of the refrigerator. Thus began an unscheduled defrosting of the freezer. Thank goodness, I was planning to do this so there was a lot less food in there!

After rounding up the rest of the rugs, I decided to turn on the fan and sit down for a minute to reorganize my work list. The fan stopped oscillating. A trip out to the laundry room found me almost breaking the light fixture. Let's see... sweeping, dusting... then I dropped the freezer drip pan full of water all over the craft room floor and had to deal with that. At this point I was beginning to lose my resolve, so I went into the family room to sit, knit, watch a few minutes of TV, and contemplate life. In two rows, I dropped four stitches.

I'm now skipping through some things, including a graceful stunt that drew blood.

I'd decided to put an end to a horrendous evening. Standing at the bathroom sink, gargling away, some mouthwash went down the wrong pipe. I started to choke and spewed mouthwash all over the mirror. That had to be cleaned up.

Yup. Spring cleaning should come with a warning label. Rounding up links is much safer!

That's all for now. (I wish spring cleaning were finished!) Don't forget to stop by next Friday when I'll be sharing a freshly selected batch of links for your surfing pleasure.

Have a great weekend and-- Read something fabulous!