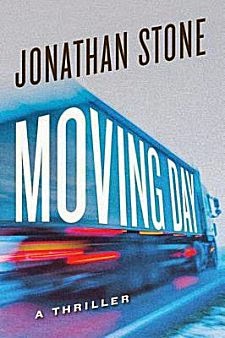 Stanley and Rose Peke have lived in their Westchester home for forty years, and it is filled with priceless antiques and art. But now it's time to begin a new phase in their lives, and everything is being packed up, loaded in an eighteen-wheeler, and moved cross country to their new home in Santa Barbara, California. When the movers come a day early, Stanley just thinks he wrote the date down wrong. But he didn't. The next day he learns that he's been the victim of a well-planned and carried-out scheme: all their belongings have been stolen, and there's precious little chance of them ever being returned.

That's what Stanley Peke is told, but no one figures on the seventy-two-year-old being as resourceful as he is. When he was seven, he was Stanislaw Shmuel Pecoskowitz, a displaced orphan in Poland, living by his wits and what scraps he could find in garbage dumps. When he was a child, everything was taken away from him, and he had no say about it. Now he does have a say... and he knows he's going to get his things back, no matter what.

This is an epic struggle between a thief who loves to annihilate his victims, and a victim who refuses to give in to that fate. Although I wish there had been a bit more about Nick the thief in Moving Day, I realize that Stanley Peke is the real focus of this book; it is his story that must be told. As Stanley and his wife Rose drive across country to locate their stolen belongings, Stanley's past is slowly uncovered a bit at a time, and we see how his traumatic childhood has closed him off from everyone around him-- even the family he loves deeply.

Moving Day succeeds on so many levels: as the story of the theft and attempted recovery of valuable art and antiques, as the road trip tale of an elderly couple who've never seen the interior of the country, as a glimpse into how some people live their lives in remote sections of states like Montana, but most of all as a nuanced and deeply moving character study.

I'm glad I kept reading, and I'm glad I know what happened to Stanley and Rose. I just wish the experience hadn't been such a chore.