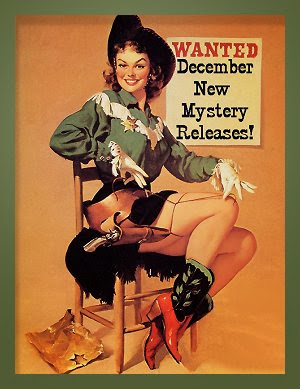 It's extremely difficult for me to believe that the last month of 2013 is staring me right in the face. I've almost got my Christmas decorating done, and I'm still cruising down Denial. Yikes!

Be that as it may, new mystery releases have an added significance at this time of year because I know that I'm not the only bookaholic who thinks books are the very best gifts to give (and to receive).

Here's my list of crime fiction that's being released during the month of December. I've grouped them by their release dates, and I've included all the information you need to find them at all your favorite "book procurement locations." The book synopses are courtesy of Amazon. Happy reading! 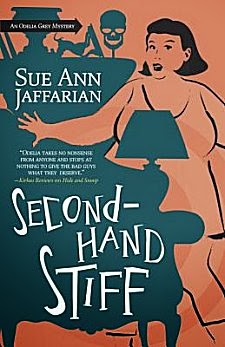 Synopsis: "Thanksgiving with her fault-finding mother has Odelia Grey stewing in her own juices. But her husband’s cousin Ina—who shows up to dinner alone with ugly bruises—clearly has it worse. Things quickly go downhill after Odelia’s mother decides to extend her visit a few extra days to attend a storage auction with Ina, who owns a consignment shop. The day of the auction, the thrill of bargain hunting gives way to tragedy when Ina’s husband is found inside a storage locker—dead." 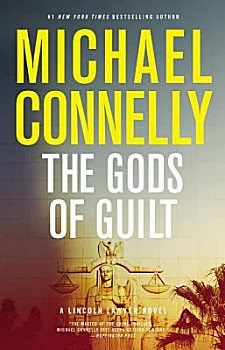 Synopsis: "Mickey Haller gets the text, "Call me ASAP - 187," and the California penal code for murder immediately gets his attention. Murder cases have the highest stakes and the biggest paydays, and they always mean Haller has to be at the top of his game.

When Mickey learns that the victim was his own former client, a prostitute he thought he had rescued and put on the straight and narrow path, he knows he is on the hook for this one. He soon finds out that she was back in LA and back in the life. Far from saving her, Mickey may have been the one who put her in danger.

Haunted by the ghosts of his past, Mickey must work tirelessly and bring all his skill to bear on a case that could mean his ultimate redemption or proof of his ultimate guilt." 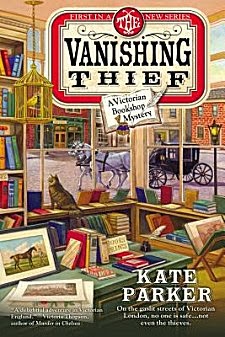 Synopsis: "Georgia Fenchurch appears to be an unassuming antiquarian bookseller in Victorian London, but the life she leads is as exciting as any adventure novel. For Georgia is a member of the Archivist Society, a secret association of private investigators led by the mysterious Sir Broderick.

When a frantic woman comes to Georgia claiming that her neighbor, Nicholas Drake, has been abducted by the notorious Duke of Blackford, Georgia and the Archivist Society agree to take the case. But Drake is no innocent—he is a thief who has been blackmailing many of the leading members of London society. To find Drake and discover who is behind his abduction, Georgia and her beautiful assistant, Emma, will have to leave the cozy confines of their bookshop and infiltrate the inner circles of the upper crust—with the help of the dashing but dubious Duke of Blackford himself.

But the missing thief and his abductor are not the only ones to elude Georgia Fenchurch. When she spies the man who killed her parents years ago, she vows to bring him to justice once and for all…at any cost." 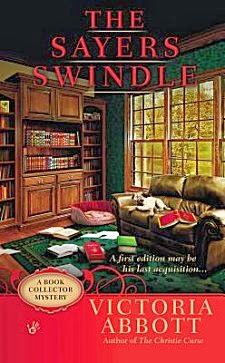 Synopsis: "Jordan Kelly is delighted to make money tracking down rare and valuable mystery novels for her employer, Vera Van Alst, an avid collector and the most difficult woman in  Harrison Falls, New York. But now her boss’s complete set of Dorothy Sayers is missing, and finding them may lead Jordan to a murder suitable for Sayers’s esteemed sleuth, Lord Peter Wimsey…

When Jordan manages to locate her boss’s missing books, they are in the possession of Randolph Adams, an elderly man in a nearby town. Offering a valuable Hemingway first edition as an incentive, Jordan thinks she’s about to seal the deal—but some of Randolph’s relatives think he should hold out for more.

Then the entire family disappears—and a dead body shows up.  It’s up to Jordan to collect the clues—and make sure a killer gets booked." 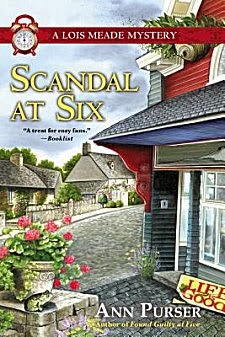 Synopsis: "Spring has arrived in Long Farnden and with it, a mysterious infestation. Lois Meade’s daughter has found her village store overrun by insects and reptiles. And Lois has no time to stop and smell the roses, if she’s to stay one step ahead of the creepy crawlies.

As Lois looks into the invasion, she becomes embroiled in yet another 'ferretin’ case,' as her husband would say. Her investigation leads her to Robert Pettinson, a seemingly unhinged zookeeper, and his nephew. The two of them are knee-deep in illegal trade, and they don’t take kindly to Lois poking her nose into their business.

Lois enlists the help of her faithful cleaner Dot Nimmo and police inspector Hunter Cowgill to discover more about Pettinson and a suspicious death at the zoo. And death is in store for more people, if Lois doesn’t put the killer behind bars soon…" 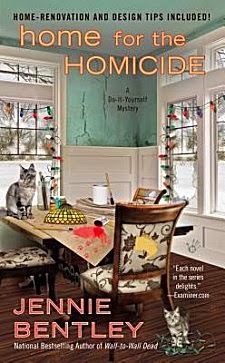 Synopsis: "Avery Baker was a big city textile designer, until she inherited her aunt’s old Maine cottage and found her true calling—home renovation. But she never expected her latest job would come to such a bone-rattling dead end...

For Avery and her husband Derek, renovating the Craftsman Bungalow was like stepping back in time. The quaint old home was just as its original owners had left it—from the beautiful butler’s pantry to the surprisingly exquisite ribbon tile. But it’s the attic that yields the most heart-stopping surprise.

In a discreetly hidden antique crate, Avery finds a clue to a decades-old missing persons case. As Avery works on the house and delves deeper into the sinister story, it becomes clear that someone very crafty wants the Craftsman home’s secrets to stay that way!" 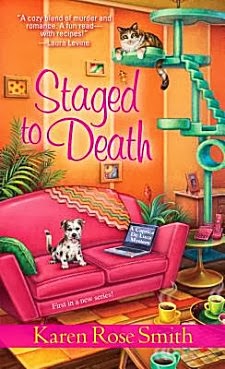 Synopsis: "Caprice DeLuca stages houses for high-end clients. When she discovers a body in the castle-mansion she staged to sell and starts asking questions, she finds herself in danger. On the way to solving the murder, Caprice's large Italian family helps and hinders. She also finds romance with Dr. Seth Randolph. But does her brother's partner, attorney Grant Weatherford, care about her, too? Or is he just worried she'll get herself killed and her family will blame him?Enjoy solving the mystery with Caprice, cook along with her, see her find homes for the stray animals she protects, be a part of the De Luca family..." 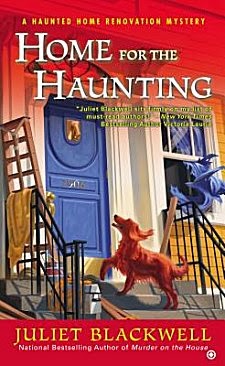 Synopsis: "San Francisco contractor Mel Turner is leading a volunteer home renovation project, and while she expects lots of questions from her inexperienced crew, she can’t help asking a few of her own—especially about the haunted house next door…the place local kids call the Murder House.

But when volunteers discover a body while cleaning out a shed, questions pile up faster than discarded lumber. Mel notices signs of ghostly activity next door and she wonders: Are the Murder House ghosts reaching out to her for help, or has the house claimed another victim?

Now, surprised to find herself as the SFPD’s unofficial “ghost consultant,” Mel must investigate murders both past and present before a spooky killer finishes another job." 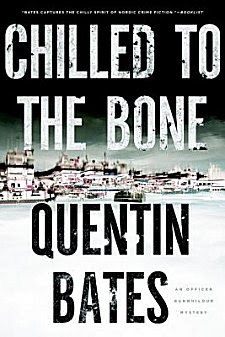 Synopsis: "When Sergeant Gunnhildur Gísladóttir of the local police force is called in to investigate the death of a man found tied to a bed in one of Reykjavík's nicest hotels, she finds no sign of criminal activity but suspects there may be more to the case than meets the eye. Could the death of the shipowner be related to a local gangster’s recent return to Iceland after many years abroad?

What begins as a straightforward case for Gunnhildur soon explodes into a dangerous investigation, involving a discreet bondage society that ruthless men will go to violent extremes to keep secret." 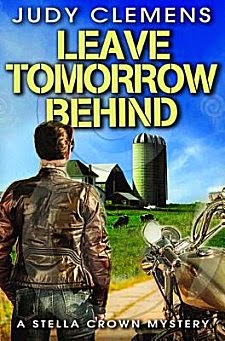 Synopsis: "She’s back! Tattooed, hard working, and often crabby dairy farmer and biker Stella Crown is hot—both in temperature and temperament. Her sister-in-law is a nag, her fiancée Nick is ill, and her bank account is in the red. But when a local country star turns up dead at the county fair, where Stella's teenage employee Zach is an exhibitor, things turn from hot to ugly.

Stella wasn’t friends with the victim. In fact, she’d only seen her from a distance. But seeing how Stella was the one to dig her out from her deathbed in the calf barn’s manure pile, the cops are on her like flies on…well…honey.  Why on earth would Stella want to kill a young singer she’d never spoken to? She’d much rather kill the annoying helicopter dad in the fair’s dairy barn. Or the fifty percent fake girl in the Lovely Miss Pennsylvania Pageant. Or her banker.

Sick to death of annoying cops and entertainment folks, Stella figures the only way to get her life back is to aim law enforcement in the right direction. If that means having to endure a manicure with her soon to be sister in law at the dead singer’s favorite salon, or stopping by the recording studio to check out the talent, Stella figures there could be worse things. Can’t a simple farm girl just get married in peace?" 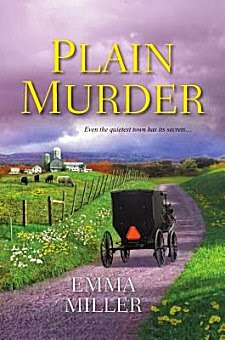 Synopsis: "In this unique mystery debut, a shallow grave is found on a Pennsylvania farm, and one woman straddling the Amish and outside worlds must uncover a killer--and create a life on her own terms. . .

Fifteen years after leaving her Old Order Amish life, Rachel Mast has returned to Stone Mill, Pennsylvania. Corporate success didn't bring true happiness, but Rachel also knows she can never be Amish again. Instead she runs a B&B and tries to help her community in ways they can't help themselves.

But now a gruesome discovery has been made on her Uncle Aaron's cow pasture--the body of prominent Englisher businessman Willy O'Day. Aaron refuses to hire a lawyer, trusting his innocence, and his faith, to see him through. Rachel isn't so sure, especially given the long public feud between the two men. Her relatives won't speak to the police, but they will talk to Rachel--if she puts on a skirt and bonnet. Rachel knows emotions and entanglements run as complicated in the Amish world as outside it. But as she delves deeper to clear Aaron's name, she discovers secrets that put her own life in danger. . ."


Well, those are my picks for December. Which ones look like good gifts to you-- either to give or to receive? Inquiring minds would love to know!