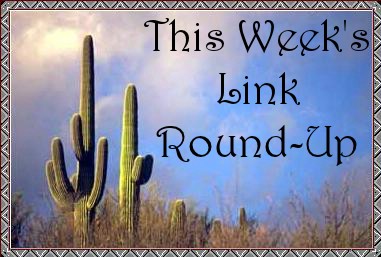 This time next week, Casa Kittling should have an array of solar panels on its roof. Denis and I are looking forward to this with a great deal of anticipation. I've been the recipient of some of Denis's research into solar power, and I think that many Americans are woefully misinformed about it because that's the way the power companies want them to be. If Denis and I can afford to do this, then many other Americans can, too. We're far from being monetarily rich. It's long been my opinion  that-- with the amount of sunlight it receives-- Arizona should lead the world in solar power and technology. Do we? Not even close. Germany leads the world in solar technology. Germany, a country that receives far less sunshine than the entire United States (with the exception of Alaska).

Okay... where did this soapbox come from, and how did I get on top of it??? Someone give me a hand to get off this thing before I hurt myself....

On a completely different note, it was four trips to The Poisoned Pen for me in less than a week. Two of them were consecutive packed houses for Louise Penny and Kathy Reichs. I've got my autographed copy of How the Light Gets In, and after finishing the excellent The Men Who United the States by Simon Winchester, I'm going to dive into Louise Penny's latest this very afternoon.

When getting my book signed, I thanked Louise Penny for her Scene of the Crime interview here on Kittling: Books, and I brought up something that I'd wanted to say for a long time. What caught me by surprise was the lump in my throat and the tears springing to my eyes when I told her that her Acknowledgements were always an important part of her books for me "because you write about Michael [her husband] the way I feel about mine." Gracious lady that she is, Louise Penny did not bring attention to my sudden and unexpected discomposure, but focused on the heart of what I was trying to say. "We are both so very lucky, aren't we?" she said with a gentle smile. Yes, Louise, we are.


That's it for this week. Don't forget to stop by next weekend when I'll have a freshly selected batch of links for your surfing pleasure. Have fun!