Scene of the Crime with Author Timothy Hallinan!

I'd heard about this week's featured author for quite some time before I finally stopped what I was doing and picked up a copy of his first Poke Rafferty novel, A Nail Through the Heart. It was one of my best reads that year, and Timothy Hallinan has been one of my most recommended authors ever since. Whether he's writing about Poke Rafferty in Thailand or Junior Bender in Los Angeles, his books are consistently Keepers, and Tim's become what I call an "auto-buy author." (Now all I have to do is clear the decks and read at least one of the books in his Simon Grist series!)

If you ever get a chance to meet him, by all means do it. He's intelligent, articulate, and-- by turns-- can have you laughing or wiping a tear from your eye. In the mean time, here are some links for you so you can learn more about this gifted writer:

I also found a post he wrote about the importance of music to his writing, and he contributes to a wonderful blog called Murder Is Everywhere. As you can see, there are all sorts of ways to connect with Tim. Now-- let's get to the interview! 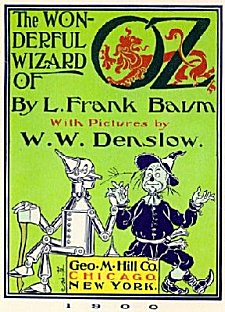 The Wizard of Oz.  I was a not-very-happy kid for a while.  My parents moved all the time (18 houses in 22 years) and I was always having to make new friends.  Books became my only constant companion, and when I was about seven, The Wizard of Oz showed me a kid who left home, made new friends, had adventures, and prevailed.  Emotionally, it kind of brought me out from under the bed, where I'd been hiding from the adventure of new people and new things.  The first “adult” book that completely enthralled me was Gone With the Wind, which I read in about four hot California days, spent almost entirely on the living room couch.

I don't actually have very much free time, either because I'm over-committed or because my time management skills need some work, but mostly I read.  I read everything.  Just finished all 4200 pages of Remembrance of Things Past and two tremendous novels, A Tale for the Time Being by Ruth Ozeki and The Son by Philipp Meyer.  I read fiction, history, science, travel, religion—you name it. If I have a chunk of time I get on an airplane and either go back to Thailand or go someplace new.  Aiming at Iceland in the next year or so.

[I happen to know where you purchased The Son-- a favorite place of mine to spend some money!]

Which hometown?  In Los Angeles, I'd travel on my stomach.  We have the only restaurant reviewer ever to win a Pulitzer, Jonathan Gold, and I'd let him choose five or six restaurants of different ethnicities that are in areas that are full of people who belong in that ethnicity, and I'd spend several hours in each, on foot, before and after the meal: Koreatown (maybe eat at Soot Bull Jeep) the Mandarin Chinese community in the San Gabriel Valley (too many great restaurants even to name).  Hispanic areas, same thing; the Thai Buddhist community (complete with temple) in North Hollywood, same thing.  And on and on.

In Bangkok, you HAVE to do some of the tourist things – you can't miss the palace and the primary temples.  But I'd go to Chatuchak Market, probably the biggest open-air market in the world, and I'd go see Chinatown.  One more touristy thing to do: take a boat upriver to Ayutthaya, the ruined Thai capital, destroyed in the 18th century and DO NOT MISS hopping a plane for the 20-minute flight to Siem Reap, Cambodia, to spend two days at Angkor.

Someone handsomer and smarter-looking than I, with better hair.  Montgomery Clift was the only actor I ever saw who could have an idea onscreen – maybe a more butch Montgomery Clift.

Too many to list.  Philip Marlowe, since he was the essential prototype for all that followed.  Artie Wu, Quincy Durant, Otherguy Overby – any of the floating cloud of con men and former intelligence agents who enliven Ross Thomas' many masterpieces – my favorite “guy books” of the 20th century.  Sue Grafton's Kinsey Milhone for intelligence, modesty, and staying power.  Lisa Brackmann's wonderful Ellie McEnroe, the wounded, tough, hard-drinking, percocet-popping Iraqi War vet who runs the show in Lisa's absolutely unique series of thrillers set in China, the newest of which is Hour of the Rat.  John D. MacDonald's Travis McGee, dated as some aspects of those books are.  John Sandford's Virgil Flowers, whom I prefer to Lucas Davenport.  Sandford should be against the law.  He makes everything look easy. 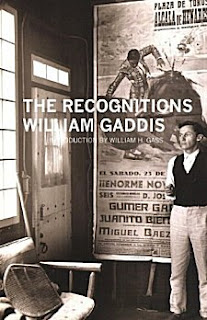 William Gaddis' monumental 1955 novel The Recognitions.  I read it in college and pretty much abandoned the college curriculum to read in subject areas the book led me to—and I have Junior Bender do the same thing in those books.  The book, which is about forgery and religion and being a real (or replica) human, literally changed my life and Junior's, too.  In fact, in Herbie's Game, the Junior book I just finished writing, we go back to Junior's first days as a burglar, when he was seventeen, and he comes across a signed first edition, which he doesn't take because he hasn't read the book yet.  So far, I've never had a spare $10,000-$12,000 a good copy would cost, at the same time one was available.  Eventually, though.

I was drinking then, so I drank.  At that time I was rolling in money from business, living in Los Angeles, New York, London, and Bangkok, and I drank all the time.  Just a complete twit.  What I remember is calling everyone in the world and then going down to Chalet Gourmet, a top-end store of the time at the corner of Sunset Boulevard and Fairfax (I lived above it, in the Hollywood Hills, in a house Charlie Chaplin built) and buying about a three-pound prime porterhouse and a bottle of Bordeaux and going home and eating and drinking until I went to bed and passed out. 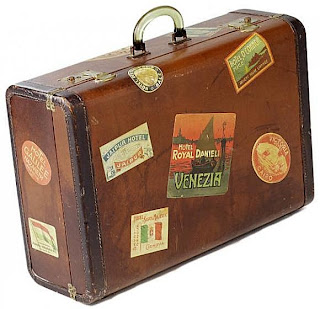 Writing a book I'm completely happy with.  Of course, if I did, I'd have to quit immediately, so maybe I don't want that.  I'd like about three months with nothing to think about at all, an enormous amount of cash, and an itinerary that would begin in Iceland and then take me through Scandinavia, then back to Amsterdam, which I love, then Paris (in May), then Prague, then Barcelona and from Barcelona to Venice.  Then I'd drive the length of Italy, very slowly, stopping in any town that has a castle that's also a hotel. 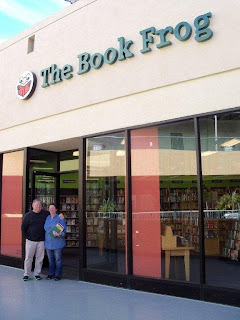 Ooohhh, there's no way I can answer this without ticking some people off.  But since I read pretty much everything, it would have to be a general-interest bookstore, and it would have to be an independent.  If I were in Los Angeles, it would probably be The Book Frog in Rolling Hills Estates, a store I really love.

But where books are concerned, I'm easy.

Thank you so much for spending this time with us, Tim. It certainly was a pleasure to be able to get to know you a little better.