Scene of the Crime with Author William Doonan!

For those of you who like mysteries mixed with a healthy dose of archaeology, you're going to enjoy meeting this week's featured Oak Tree Press author. William Doonan has written three books in his Henry Graves series, and I fully intend to read about this octogenarian investigator for the Association of Cruising Vessel Operators, but it was his standalone American Caliphate with its strong archaeological theme that drew my attention first. If you stop by tomorrow, you'll be able to read my review of that book.

In the mean time, let me share with you the links I discovered so that you can learn more about this talented writer (and anthropology professor):

Now that you're equipped with those links, save them for just a little longer because it's time for the interview! 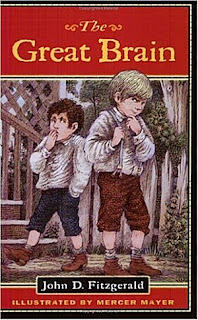 The first book that really opened my eyes to how fantastic the world of books is was The Great Brain by John D. Fitzgerald.  It’s about two brothers growing up in the early 1900s.  Not only do I still remember how great it is, I have it right here next to my desk!  I read the sequels and then I read them again.  Now I read the books to my own little boys.

What made the books great was that the protagonists were still little boys, but they were already clever, creative con artists who could bend a little bit of the world to their will.  I wanted to be like that.  And even back then, I wanted to write like that. 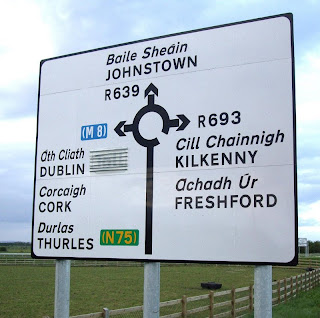 Free time?  Who has free time?  I’m a college professor with two little boys who want more food each and every day.  I don’t have a lot of free time.  But when I do, and I’m done writing for the day, I study Irish.  I’m learning how to speak Irish.  It’s really hard and I’ve been doing it for about three years now, and I speak the language about as well as an Irish infant.

But I’m going to keep studying it.  With only 72,000 native speakers, the Irish language is in danger of fading away as a living language, and I can’t let that happen.

And it’s been a great deal of fun.  I’m learning some really interesting phrases.  Here’s a little something I say to my children before putting them to bed at night: ‘stopaigi anois no thabhairdt mise buille don bheirt agaibh.’  It means ‘stop right there or I’ll slap the both of you.’ 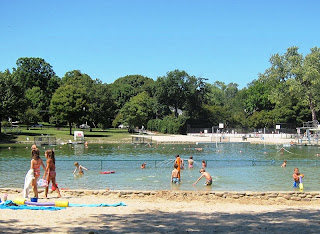 I haven’t been back to Ridgewood, New Jersey, in many a year, so I’ll have to do this from memory.  The Ridgewood Public Library is huge, and fantastic, and has a fireplace.  And it was the first place I ever saw a photocopy machine.  They might even still have it.

Graydon Pool is where we spent many a summer.  It’s a manmade lake, very sandy, and always had an ice-cream truck parked nearby.  Also, it's where I learned to swim. Remember to bring sunscreen!

Myrna Loy.  Hands down, she did the best job making the transition from silent films to talkies, but she had some range.

Admittedly, the role of playing me might be something of a challenge - Myrna being female and long dead, but they can do a lot these days with special effects.

I’m a huge fan of Elmore Leonard.  So I have to make the case for Raylan Givens and Karen Sisko.  Nobody turns a phrase quite like Elmore Leonard does.  And these two characters are fantastic combos of confidence, intellect, and kinetic energy. 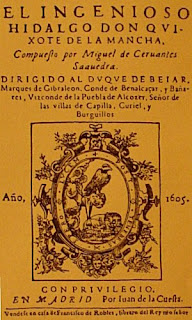 Probably Don Quixote.  If you think it’s difficult to get published now, imagine what it was like in 1605.  But at least Cervantes got to keep all the e-publishing rights.  Seriously, this is a hell of a book, an adventure against all odds, with very little payout in the end - it's the only kind of adventure worth pursuing.  And Cervantes was a hell of a guy.  Thirty years before he wrote the book, he was captured by pirates and kept as a slave in Algiers.  That kind of thing can really get you past some writer's block! 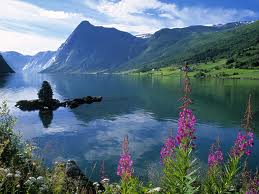 I’ve always wanted to see the fjords in Norway, and I’m finally going to do that this summer.

Other than that, I’d really like to be ambassador to Ireland one day.  I don’t know exactly how that comes about, but I have to get on it.  I’m pretty sure you have to donate money to someone’s campaign, so I have to see if I have any change lying around.

Barnes & Noble - it’s the first mega-bookstore I remember.  I remember my parents taking us in to New York City to the store, back when it was THE store.  I’ll never forget wandering the aisles looking at all those books!

Also, I think Barnes & Noble is one of the only big ones left.  But if you’ve ever in Sacramento, The Avid Reader on Broadway is pretty great!


Thank you so much for spending this time with us, William. It was a pleasure to be able to get to know you a little better. Good luck with your ambassadorship-- and may your book sales do nothing but increase!