Scene of the Crime with Author Lloyd Shepherd!

The title character in Lloyd Shepherd's The English Monster still makes me uneasy, and I read it almost two months ago. The history, the atmosphere, the characters, the story... all combine for one memorable read. I was in a shopping mall at the same time as Ted Bundy. I lived six blocks away from Gary Gilmore's last hurrah. I've also had firsthand experience with an attempted rapist and an attempted stalker. I've had my share of brushes with scary people, but I do not scare easily; however, Lloyd Shepherd had me looking over my shoulder. When someone can do that to me, I want to know more about him, so I was very happy when he said yes to an interview.

Mr. Shepherd has left a little trail on the internet, so I thought I'd share a few of the bread crumbs I found just in case you'd like to learn more about this talented writer:

If that's not enough information for you, feel free to find out how he responded when he discovered eBook pirates on the trail of his novel.

Now on to the interview! 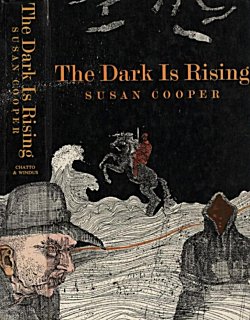 This is a toss-up between the Willard Price Adventure series, or Susan Cooper's The Dark is Rising. I remember being thrilled by Price time and time again, but I'm going to plump for Cooper, because it's the first book I can remember discovering myself (in the school library) and falling into as if into another reality. I thought Will Stanton was cool (probably because he was the youngest of seven, and I was the oldest of three and resented it enormously), I was already a sucker for English mythology (courtesy of Roger Lancelyn Green's King Arthur stories) and, oh my, it was a creepy story. Properly scary. I've loved scary and otherworldly ever since.

Well, I read. More and more and more now I write full-time. But I also love music and go to a lot of gigs here in London, and I'm also a member of the British Film Institute, which gives me access to wonderful old films on the big screen. I play guitar badly, I cook meals for my wife and daughter, and I walk with my dog. It's all quite idyllic, really.

Go to Wapping (where my book, The English Monster, is set). Visit one of the pubs on the river (either The Prospect of Whitby or The Town of Ramsgate). Walk down Wapping Old Stairs, at high tide and at low tide if you can manage it. Follow the walls of the old London Dock and wander round the Shadwell Basin to get a sense of what the old Dock looked like. And if a limping man in a pea-coat comes up behind you, take shelter inside the nearest friendly house.  [Excellent advice!]

Wow, that would be a very, very boring movie. I'm half-Welsh and half-English, so I'm going to go for Michael Sheen, because he's Welsh but plays English brilliantly, and he's almost the same age. My dream casting would be Martin Sheen instead of Michael, strung out in a hotel bedroom and dreaming of Kurtz.

Lew Archer. A big brain, a soft heart, tough hands and a house full of books.

I would have said The Portrait of a Lady, but D.E. Meredith got there first in a recent interview with you! So The Dark is Rising, please. In hardback, if possible. Signed by Susan Cooper, with a personal message to me.

I sat in a pub just off Carnaby Street, ordered a pint of beer, and phoned my wife. I'll never forget that moment. First time I saw my book in a bookstore, I was with my wife and mother-in-law, and they made me stand in front of it and have my picture taken. So the answer to your question is "I got embarrassed." 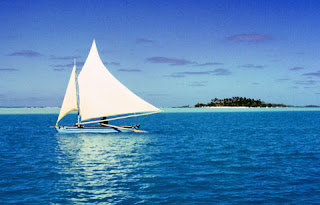 Sail round the world under sail. This is not very likely! 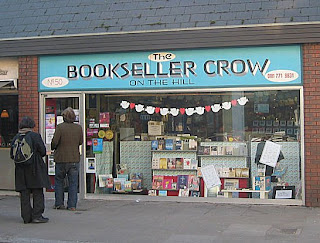 Well, if it's dollars, I'll have to hop on a plane over the pond and find the nearest bookstore to Stephen King's house, buy The Stand, The Shining, Salem's Lot, Misery, Carrie and It, and wander up to his house with a pen and my best English visitor smile.

If I can get the card in good old Pounds Sterling, I'll head up to The Bookseller Crow, just round the corner from where the old Crystal Palace once stood in South London, and buy whatever Jonathan Main, the proprietor, recommends.


Thank you so much for spending this time with us, Lloyd, it was a pleasure getting to know you a little better. I look forward to reading your next book, The Poisoned Island, next year. May your book sales do nothing but increase!