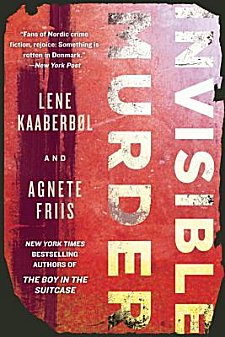 First Line: "Maybe we'll find a gun," Pitkin said, aiming his finger at the guardhouse next to the gate.

To the teenage boys living near the abandoned Soviet military base in northern Hungary, it is a potential source of hidden treasure, an opportunity to sell what they find and treat themselves and their families to things the rest of the world seems to take for granted.  When Pitkin and Tamás find something in the basement of the hospital, they know it's better than drugs or guns to sell on the black market; these two impoverished Roma (Gypsy) boys have discovered an object that the right person will pay enough for to set their families up for life.

But the item they've found and carried away from the old military base is much more than they ever bargained for. As one of the boys takes the object all the way to Copenhagen in order to sell it, he is unwittingly unleashing a whirlwind that has the power to affect the lives of every single person with whom it comes in contact-- among them Red Cross nurse Nina Borg. Although the object isn't specifically named until two-thirds of the way through the book, it doesn't matter; most readers are going to know what it is and be filled with dread as the action progresses, chapter by chapter.

What ratchets up the suspense with each turn of the page is how this unnamed object affects the people along its path. Tamás's brother, Sándor, a law student in Budapest, has nothing to do with the object his younger brother has found, but his life gets blown to pieces anyway... as does the life of Nina Borg.

Through the character of Nina Borg, a Red Cross nurse who also does work for a secret immigration organization, the authors have a lot to say about the living conditions of immigrants forced to live in camps in Denmark, and it doesn't strain credulity to think that the details are very similar from country to country around the world. It's much easier to sit in the comfort of your own home watching television to feel pity for refugees in their own countries; much harder when you encounter these same people face to face on the streets where you live. Kaaberbøl and Friis put a very real face on the rise of hate groups and the ongoing struggles of groups like the Roma. Nina herself does not see these people in terms of political agendas or right and wrong. She sees people who need help, and she gives it to them-- as much as she can, regardless of the cost to herself or her family.

At first as I read Invisible Murder, I bemoaned the fact that there were several other characters taking the spotlight from Nina, a character that I grew to admire and care for in The Boy in the Suitcase. Then I fell under the spell of Sándor, the young half Roma law student who's trying so hard to rise above the poverty and the hatred that his people are forced to endure. I grew to like Søren as the inspector dealt with an understaffed police force faced with problems that mushroom daily. And what exactly does a cranky old man named Skou-Larsen have to do with what's going on?

I grew a bit unhappy when Nina's character seemed subdued compared with her behavior in the first book, but I realized that the authors were being true to the danger presented in the book as well as to Nina's life. No one with a family can behave as Nina does-- giving her all for what she passionately believes in-- without consequences.

Nina is faced with very real, very painful, consequences in this book, and once that unnamed object is dealt with, once all the other characters are sorted out, we're left to wonder just how Nina is going to react to the turn her life has taken. Now I can't wait for the next book in the series. Nina Borg is climbing higher and higher on my list of favorite crime fiction characters.

Thriller, #2 in the Nina Borg series
Rating: A
Source: the publisher
by Cathy at Thursday, October 04, 2012