Scene of the Crime with Author Phil Rickman!

This week I'm passing along a secret that shouldn't be so well kept over here in the United States. The one of the wonderful things about the internet is that you can get in touch with people who love the same sort of books that you do, and when book buddies learned that I love British mysteries, some of them began to tell me, "You ought to read Phil Rickman's Merrily Watkins series. His books are wonderful!" Those friends were right. Rickman's books are the perfect blend of characterization, the long march of history, atmosphere, and things that go bump in the night.

Since I've been slowly sinking under piles of advanced readers copies, I've found myself becoming more and more disgruntled at being unable to get back to reading books from my crammed to-be-read shelves. I'm so happy that Phil said yes to an interview because it means that I got to pull Midwinter of the Spirit off the shelf and savor it. I hope you'll all come back tomorrow to read my review of the book. (His books are perfect for Halloween....)

Phil Rickman was born and raised in Lancashire, the same part of England as my husband Denis. Rickman now lives in Herefordshire, the area in which the Merrily Watkins books take place. Here are a few links I've gathered for you so you can learn more about this very talented writer: 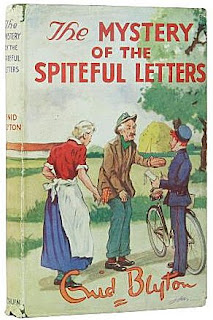 There were two, actually. Both came out of a big box of books passed on to me by an auntie when I was about eight. They’d belonged to an older cousin and both were by Enid Blyton. One was The Mystery of the Spiteful Letters, which was Blyton’s Miss Marplesque series about a bunch of rich kids investigating crimes in a village in what is now Midsomer Murders country. Their leader was a fat kid called, um, Fatty. Fatty was obsessed with early forensics and was a master of disguise. Which is how I came to came to be creeping around our former mining and brewery village in Lancashire wearing a false moustache with a plastic magnifying glass in my pocket - oh yes, this is all true. 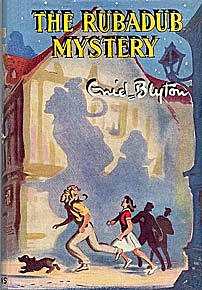 But the book that actually inspired me to start writing (in a small hardback notebook for which I produced a lurid paper dustcover) was The Rubadub Mystery, an atmospheric novel set in a Cornish fishing village. It came from the spookiest series Blyton ever wrote. (The Ring o’Bells Mystery was also a good one.) OK, there was always a rational explanation, but still....

I don’t get free time. This is a treadmill. But if I did, I’d probably learn to play the guitar better and lounge around listening to more CDs - current fave is The Ghost in Daylight by Gravenhurst, which is this guy in Bristol who writes soft, haunting, resonant songs and obviously studies psychopathy.

I don't live in a town, and I've listed most of my favourite places in Merrily's Border which is... a guide book. But I recommend you check out Garway Church because, by the time you manage to find it, you'll be in a seriously disoriented state... and anything might happen.

It would have to be a really bad actor, so obviously I can’t name him. I’d also appoint an incompetent, alcoholic director, a disabled stuntman and anyone else who would make sure the movie was too crap ever to be released.

It’s probably James Lee Burke’s Dave Robicheaux, a Louisiana cop who’s too old to be a serving officer but the fans don’t care. Dave’s first-person accounts of his complex, often extremely violent cases and his often fraught but sometimes idyllic private life are delivered in prose so luminous that every book is an intense sensory experience. 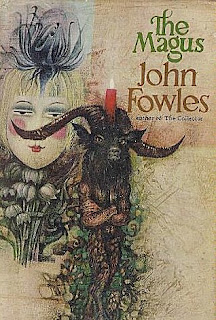 Probably John Fowles’s The Magus - weird, mystical, surreal. It caught me at an impressionable age and I read it deep into the night, and if I ever get any free time I intend to read it again.

I didn’t celebrate at all because I couldn’t quite believe it. For several months, I lived in fear of them cancelling the deal. The first shop I saw it in was the little bookshop in Llandrindod Wells in Mid Wales, where I knew the proprietor. He’d done a brilliant window display, and I remember thinking, What if he doesn’t sell any? What if he has to send them all back?


What is the most unusual experience you've had at a book signing or author event?

I’d done a signing at the Forest Bookshop in Coleford, in the Forest of Dean, about thirty miles from where we live and, while I was there, ordered a particular book as a present for a friend, saying we’d pick it up next time we were passing.

This was probably a couple of months later, one afternoon not far from closing time. I  was only in the shop for  a few minutes and wouldn’t be there again for at least a year.

It’s not a big shop, and when another customer came in, a man in his sixties, I was still at the counter and overheard everything that was said. He’d never been in the shop before. It emerged he and his wife were on their way back from holiday in Dorset or somewhere, had stopped in Coleford to break the journey and spotted a book in the window.

It was The Smile of a Ghost.

Ian, who was behind the counter, also smiled. ‘And do you want him to sign it?’ he said.

The customer turned out to be a retired clergyman... and a former exorcist.
Beat that for synchronicity.

The best thing is that anybody can now publish a book without much expense.

The worst thing is that anybody can now publish a book without much expense.

I mean, have you read some of this crap? The most embarrassing thing is that people who can’t write are usually the very last to realise they can’t write. Even if you scream in their faces, YOU CAN’T FUCKING WRITE! they just think you’re jealous because they’ve mastered in a couple of weeks something that took you years of heartache, false-starts and terrible disappointments.


Thank you so much for taking time out from your busy schedule to do this interview, Phil. We really appreciate the opportunity to get to know you a little better.

Don't forget to stop by tomorrow to read my review of Midwinter of the Spirit, the second book in Phil Rickman's Merrily Watkins series featuring a single mother in her thirties who happens to be the parish priest in an area where the spirits are anything but quiet!