Scene of the Crime with Author Lisa Brackmann!

When I read Lisa Brackmann's Getaway earlier this year, I was so impressed by her story of a woman trying to survive while being so completely out of her depth, that I knew I had to ask her for an interview. (I also knew that I'd be getting my hands on her other novel Rock Paper Tiger, too.) If you like stories with a lot of character growth amidst dangerous situations, I hope you give Getaway a try!

As usual, I've rounded up a few links for you just in case you'd like more information on this talented writer and her books:

Now let's get to the fun part of this whole business: the interview! 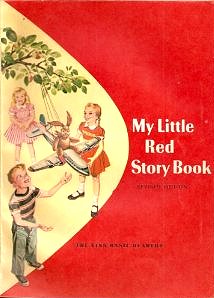 I’ll go with the first book I ever read-- My Little Red Story Book. It was the first in a series of basic readers used in elementary schools from the forties to the late sixties, about brother Tom and sister Betty. By the time I got to it, it was the sixties, and I’d started to wonder about things like, “Why does Tom get to ride his scooter and have all the fun while Betty spends all her time helping Mom in the kitchen?” But I still found it miraculous, because from the moment I opened up the book, I could read the words, and understand them, and these words told a story—it felt like magic!

Travel, take walks, hang out with friends and drink wine and eat cheese. Yeah, we actually do that. And, of course, read!

This is a little tough, because my hometown is San Diego, and it is a genuine tourist town, because a lot of the attractions that draw people there are really worth visiting. So, I’d still say, go to Balboa Park, visit the Zoo, the Botanic Garden, see a Shakespeare play. There’s a lot of good live theater in San Diego in general. Then go to the beach—San Diego has great beaches. Interesting art scene, and you can visit the outdoor sculpture and architecture at UC San Diego and the Salk Center. Downtown is fun to wander. Take the trolley to the ballpark. And if you like microbrew beer, San Diego has some of the best in the country. Beer-vana.

I also really do think Tijuana and Baja are great. I haven’t been since the recent surge of violence but things seem to be back to normal, and I hope to visit there soon. Rosarito Beach Hotel is really neat. Lobster and rice and tortillas at Puerto Nuevo. I used to love driving out in east county in my pickup and looking at all those hills with the crazy boulders, and a couple of times I’d go across the border into Tecate. Growing up in San Diego, I felt like there was almost a sense of collective denial that the city is on the border of another country, except as Mexico being this sort of transgressive “fun zone” where sailors and college kids go to get drunk and see the donkey show, or what have you. It fascinated me that I could drive a half hour and be in a completely different country.

No idea. I think I’d rather cast a movie based on someone else’s life. Friends told me that I look a little like Linda Hamilton back in the day. I don’t know about that, but I would certainly like her Terminator-era arms!

That’s a tough call! But I have a weird fondness for Miss Marple. 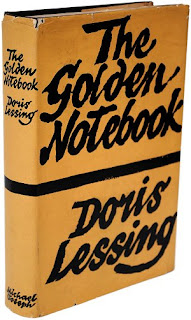 I haven’t read this in years, but Doris Lessing’s The Golden Notebook is one. It’s such an amazing blend of character study, issues about women’s creativity and the social barriers to that, what was going on in the larger society, and a relationship story to boot—and how this one woman tried to integrate these disparate parts of her life. I’d love to do something that manages to combine the personal, the political and the creative the way that Lessing did, and that makes an important statement about all of this.

It’s funny, I didn’t really react very much. For one thing, I’d been on submission for a relatively long time. For another, I didn’t really have a lot of expectations that publishing this book was going to have a major impact on my life. It was like, “Oh, cool, I’ve sold a book! I guess I should write another one now?” I did meet a friend and have a glass of champagne though.

The first time I saw my book on the shelf…I think it was in Small World Books in Venice.

On both occasions, what I mostly felt was a quiet sense of well-being and satisfaction.

I’ve mostly had great experiences, but I have had my share of “Is anyone going to show up?” occasions and a couple of downright oddities. Most recently, during one of the book events that author Dana Fredsti and I did together, just as she opened her book to read, a man wandered in off the street and sat down in the back. He wore tattered, rainbow-colored clothes, a towel for a cape, and a turban with various Tarot cards stuck in it. And he thought that everything Dana said was hilarious—he howled with laughter after every single line she read. He also told her she deserved a diamond-studded genie bottle, which he would be happy to provide, because his mother was Barbara Eden.

I like the opportunity to discover different authors. I really like the portability when I travel. But I greatly prefer reading paper books. I just don’t find ebooks as immersive an experience. I hope there are a lot of people who feel the way I do, because I also love bookstores, and I want to see them survive and thrive in an ebook age.

Thank you so very much for spending this time with us, Lisa. We certainly appreciate the opportunity to get to know you a little better.