Scene of the Crime with Author Elizabeth J. Duncan!

This week, I'd like to welcome Elizabeth J. Duncan to Scene of the Crime!

I read the first book in the series, The Cold Light of Mourning, in May, and I'm really looking forward to reading the other books in the series!

If you'd like to learn more about Elizabeth and her books, here are a few links for you:

I know you're all as eager to get to the really good stuff-- the interview-- as I am, so let's get started! 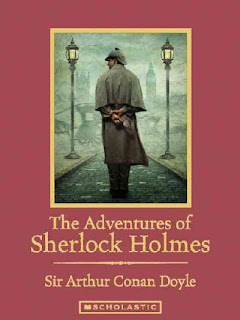 Books have always been a big part of my life. I made the transition from young reader to adult reader with a set of boxed books my father gave me. The first one I read was Black Beauty, then The Adventures of Sherlock Holmes and then Anna Karenina. I read them all one long summer languishing in a hammock at my parents' cottage on Chandos Lake, Ontario.

The book I loved the best was The Adventures of Sherlock Holmes. I was mad about him. It was a terrific thrill when I lived in London to meet the daughter of Sir Arthur Conan Doyle and to write a feature story on 221B Baker Street. (It does not exist, but if it did, it would be where a branch of the NatWest bank is located.


I interviewed the man who responded to letters written to Mr. Holmes.) And now, my books often appear in stores shelved beside Doyle. And that's just fine with me.

As I also work full time, I don't have a lot of free time, but I like reading, watching British mysteries on television and walking my dog, Dolly. I can also waste hours on my laptop and I'm never really sure afterwards what happened to all that unproductive time.

If you were to come to Toronto, where I live, I would suggest that we take Dolly for a walk in Colonel Sam Smith Park, on the shore of Lake Ontario. There is a delicate ecosystem there -- it's home to a variety of beautiful birds and plant life. After our walk, we will visit Sanremo, the most wonderful bakery and cafe in Toronto.

I would cast Robin Duke (@robindukewfc), who is not only a wonderfully talented actress (SNL alum) but a colleague of mine at Humber College. I would be hugely entertained and surprised by what she would make of the role. I would certainly request that the role be given to a Canadian.

I am deeply attracted to Roy Grace in the Peter James (@peterjamesuk) novels. He's smart, sexy and very human. 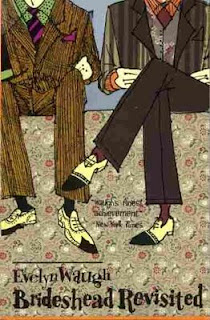 I wish I'd written Brideshead Revisited by Evelyn Waugh. I love the story, the settings, the characters, and the haunting and evocative use of language. I've also read it more than once, something I rarely do, so that tells me it must be special.

The first time I saw my book on a bookstore shelf I was filled with deep gratitude to so many people who made it possible. Perhaps the most generous thing you can do in life is enable the dreams of others. I learned I would be published on a dreary morning in March, 2008, when the late Ruth Cavin, an editor at St. Martin's Press in New York, called me to tell me I had won the St. Martin's Press/Malice Domestic competition. I called a couple of friends who had helped with the manuscript to share the wonderful news, and then called my son, Lucas, who was away at university in Nova Scotia. I was too excited to do much else for the rest of the day. I remember there was a stack of marking I didn't get to. My son called me again that evening, which was lovely, and we talked about it some more. It was a magical day.

I do know that video and it's hilarious. It's also every author's worst nightmare. What if I sit here and no one comes? One of my favourite signings was sitting beside Jeanne M. Dams at Malice Domestic. I had really enjoyed her Dorothy Martin books and it was so much fun to meet her and have that time together to chat. And while we were sitting there, we came up with the idea of including each other's characters in our next books -- a cameo appearance! So you can look for a special guest  appearance by Dorothy Martin in A Killer's Christmas in Wales.

I don't know how they'll affect me as an author. As a reader, I am curious about them, but I can't stop buying books. I love the feel of them, the browsing experience, the discovery of a new author .... I can't duplicate that experience online. I get excited walking into a bookstore knowing I'm about to get a literary fix.

Thank you so much for spending this time with us, Elizabeth. We really appreciate the opportunity to get to know you a little better!

May your book sales do nothing but increase! I love the cover of A Killer's Christmas in Wales, and I look forward to reading it.
by Cathy at Monday, October 31, 2011