Scene of the Crime with Author Tamar Myers!

Several years ago, I picked up a book called Larceny and Old Lace and made the acquaintance of a vertically-challenged (and very feisty) owner of an antique shop in Charlotte, North Carolina, named Abigail Timberlake. Many hours spent reading the Den of Antiquity mystery series followed.

Now I have author Tamar Myers to thank for a new series featuring Amanda Brown, a young American missionary in the Belgian Congo in the 1950s and a marvelous cast of secondary characters who would be very offended if they knew I called them "secondary."

If The Witch Doctor's Wife and The Headhunter's Daughter have a feeling of verisimilitude it's because Tamar's parents were missionaries in the Congo, and that's where she grew up.

If you'd like to know more about Tamar and her books, here are a couple of websites for you to check out:


Tamar's website
Tamar's series
You know how I like to get to the fun part-- here's the interview!
What was the very first book you remember reading and loving? What makes that book so special?

I think it was called LADDIE.  There was a lakeside missionary retreat in the Belgian Congo where we spent every July.  The retreat had three cottages in a jungle setting, and they all shared a kerosene-powered refrigerator that was housed in a small building where the missionaries would also drop off books to share.  I picked up LADDIE when I was about eight years old.  As I remember, it was a love story set in Scotland, and it was the romance in the novel that appealed to me.

I love to garden, travel, and I am an unrepentant television addict.  I especially enjoy reality shows--the narkier the better!

You should climb Crowder's Mountain, which is just west of Charlotte.  From the top you can not only see downtown, but if you turn the other direction, you can see all the way to the foothills of the Blue Ridge Mountains.  You should also visit Plaza Fiesta Mall next to Carrowinds Theme Park.  The interior of the mall has been made over to look like a South American village.  Too cool, and definitely not in any guide books!

First choice would be myself as my present day me (I am a good actress).  Second choice would be Meryl Streep as the 63-year-old me.  The younger me....oh, maybe one of the Fanning girls.

Cripple, from my current series set in Africa. [She is a wonderful character!]

Okay, now you have unmasked me!  I read perhaps 200 books a year--but all of them non-fiction.  When folks remark that I must do a lot of research, I just nod.  I don't, because I have a head full of knowledge.  Fiction doesn't interest me anymore.  Why should I read stuff that's just made up?  (Gulppppppppppppppppppppppppppp) 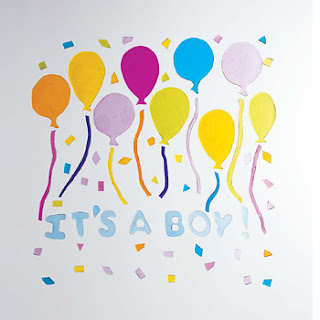 Second question first.  It took me 23 years of non-stop submitting before I finally got the life-changing call from New York.  It was a surreal moment.  After calling my husband at work, and we both screamed, I jumped in the car, drove to the grocery store and bought a poster board and some balloons.  I tied the balloons to my mailbox.  On the poster I wrote IT'S A BOOK! and taped it to our picture window.  About 20 minutes later a grumpy old man knocked on the door and said, "Don't you know how to spell 'boy?'"

The most unusual thing was when a very sweaty woman kept getting in line to invite me--nay, to insist--that I come and spend the night at her house with her and two kitties. I would be ever so much more comfortable there than at my hotel (or so she said).  I finally had to just turn away and pretend that I couldn't see or hear her.

Well, at first I feared for my career, and I am still wary.  I certainly don't use one, because I cherish the feel and scent of a real paper book.  A paper book has many dimensions--heft (weight), the feel of the paper, the scent, the ability to be mutilated (corners folded down, etc), the ability to be thumbed through, you can press flowers in it, stick clippings in it--it is much MORE than just an electronic gizmo.  We will lose so much if we lose paper books.  Amen, end of my sermon!

Thank you so much for spending this time with us, Tamar! May your book sales do nothing but increase!

Please remember to stop by next Monday, when I'll be interviewing another of my favorite crime fiction authors!

Email ThisBlogThis!Share to TwitterShare to FacebookShare to Pinterest
Labels: Scene of the Crime, Tamar Myers