Scene of the Crime with Author Kate Gallison (Irene Fleming)!

I'm interested in the early days of the American movie industry, so when I came across a mystery using that very same industry and era as a setting, I knew I had to read it. I'm glad I did. Not only did I enjoy the book (The Edge of Ruin), it introduced me to Kate Gallison, who uses the pen name Irene Fleming to write her "movie mysteries".

Kate Gallison has been a store clerk, a bill collector, a computer programmer, a technical writer, and a museum docent. She lives in Lambertville, New Jersey, with her librarian husband and their cat. If you'd like to learn more about Kate and her books, here are some links for you: 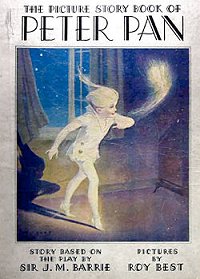 PETER PAN. It was a picture book illustrated by Roy Best, and while the story spoke to me powerfully, it was the pictures that stayed in my mind forever.

I cook, I knit, I sew sometimes, I sing a mediocre alto in the church choir.

Lambertville offers many delights. You can't get a bad meal here, so any one of the restaurants would be a good choice--Thai, Italian, Mexican, French, you name it.

If you're here on the first or third Wednesday of the month, Mitchell's Famous Irish Session  at Mitchell's Cafe on Church Street (really a bar) is a good place to go at nine at night. Some of the best Irish musicians in the area play there, and native Irish people have compared it to the pubs in the old country.

If you like church music, Choral Evensong takes place at St. Andrew's Episcopal Church
at four-thirty p.m. on the first Sunday.

Go up the hill and stroll through the Mount Hope Cemetery for beautiful, historic crypts
and tombstones and a great view of the Delaware valley. If you like things wild with a chance of bears, keep on up the hill and hike through the woods to Washington Rock, where the father of our country stood and spied on the British. The view is even better from there.

Do I get to be twenty again? Carey Mulligan.

I think after all these years it would still have to be Tommy Hambledon, the British spy created by Manning Coles.

I wrote short stories in grade school. I gave them all away. I wrote occasional
newspaper columns after the manner of Erma Bombeck when I was married to a newspaper editor. I wrote an article for the Trenton Chamber of Commerce magazine about the first female corrections officer at Trenton State Prison. I wrote a mad housewife novel, a fictional high school memoir, and the first Nick Magaracz detective story, all unpublished. There may have been others. I was a technical writer in a large software house for years, writing user manuals. They were pretty good.

I think I asked if I could sign it. Celebrate? Hmm. Nothing special. I got busy and
cooked dinner. My late father-in-law had a saying, "Every day a holiday, every night a celebration." That's my life.  Published, unpublished, it's all good.

Parnell pretty much nailed it. I did go to a conference in Philadelphia shortly after my first book (UNBALANCED ACCOUNTS) came out, and attended a panel with Sue Feder and some other bookstore owners on it. After the panel I went up and asked Sue if I could go to her store in Baltimore and do a signing. She was polite to me in that way one is when humoring a possibly insane stranger. "What did you write?" she said. I told her. "Oh!" she said. "You're Kate GALLISON!" in a tone that expressed respect, admiration, and enjoyment of my work. Encounters like this are few and far between, but they are why I keep writing.

I think they're probably bad for your eyes. I have an iPad, and I read on it, but I
prefer paper books even though they fill the house. I tell you what, you can read a paper book while your plane is taking off and landing and the flight attendant won't yell at you.

My backlist is available for Kindle and Nook, but I can't say it's jumping off the
electronic shelves. The authors who make it big on Kindle and the like are skilled at connecting with readers and marketing their stuff. Like Joe Konrath, they write thrilling things that can be gobbled down without a whole lot of thought. There's nothing wrong with that. I would do it if I could. I might not be the right sort of person, or the right sort of writer, to have a big future in Kindle.


Thank you so much for taking the time to do this interview for us, Kate. I really enjoy Emily Daggett, so I hope the series has a good long run!

Speaking of which-- the latest book in the series, The Brink of Fame is available tomorrow, and I hope everyone will stop by to read my review of the book.

May you be "plagued" with ever-increasing book sales, Kate!