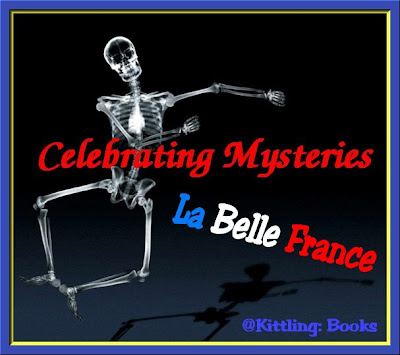 Celebrating Mysteries wraps up July with three authors who've written books set in France which have characters who work with books and film. What better way to end the month!

I've started following along my own posts by reading at least one book by a new-to-me author I've spotlighted, and next week I'll be reviewing one of the best books I've read so far this year. Vive la France!


Tonino Benacquista is an award-winning French crime fiction author, comics writer, and screenwriter who was born in Choisy-le-Roi, France.

He's written two books featuring Fred Blake, a man who's supposedly writing a history of the World War II Normandy landings. Actually Fred is Giovanni Manzoni, an ex-Mafia boss in the FBI Witness Protection Program. He and his family are now living in Cholong-sur-Avre, Normandy-- and hoping that no one from their old home town can find them.

Only one of the books has been translated into English, Badfellas in 2010. 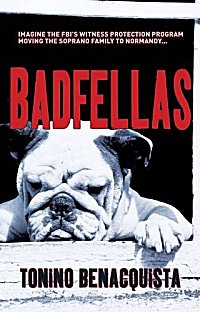 Here's a brief synopsis of Badfellas:

"Under cover of darkness, an American family moves into a villa in Cholong-sur-Avre in Normandy. Fred Blake, the father, tells everyone he is there to write a history of the Allied landings. His wife Maggie gets involved in a local charity; their teenage children enroll in the lycee. At first glance a family like any other. But Fred's real name is Giovanni Manzoni - an ex-Mafia boss who has grassed and is now part of the FBI's witness-protection program. And his record in other locations would indicate that his cover is not likely to last very long."

Benacquista is known for his black comedy, and I've added this book to my own wishlist.


Alan Furst was born and raised in Manhattan, and has lived in the south of France and in Paris. He's written many travel pieces as well as historical espionage novels.

The series that piqued my interest features Jean Casson, a film producer caught up in the Resistance during World War II in German-occupied Paris. 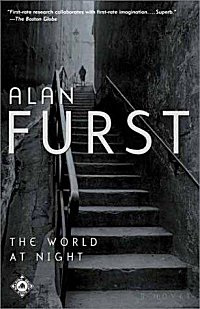 From Publishers Weekly about The World at Night:

"Hedonistic Parisian film producer Jean Casson thrives in Paris's active film industry, enjoying the colorful social scene, the posh restaurants and the beautiful, available women. But this world he knows so well all but disappears when Germans march into France and seize the city. At first, Casson strives merely to survive, but he's soon drawn into duty as an amateur intelligence operative and finds himself in a precarious position, buffeted by British Intelligence, resistance forces and the Gestapo. In the process, Casson discovers two powerful forces within himself: his patriotism and his consuming passion for an old lover, the beautiful actress Citrine. Furst brings this fascinating, historic Paris to life with his usual masterful use of period detail."

Claude Izner is the pseudonym of two sisters, Lilliane Korb and Laurence Lefèvre. They are both booksellers on the banks of the Seine in Paris who work as a team to write a series of mysteries featuring Victor Legris, a bookseller in late 19th century Paris.

There are nine books in the series so far, six of which have been translated into English: Murder on the Eiffel Tower (2007), The Disappearance at Père-Lachaise (2007), The Montmartre Investigation (2008), The Assassin in the Marais (due in September 2011), The Predator of Batignolles (2010), and Strangled in Paris (due in August 2011). 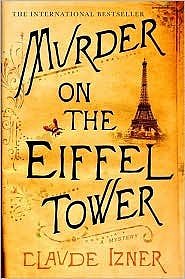 Publishers Weekly enjoyed the first book in the series:

"Fans of quality historicals will welcome Izner's debut, the first of a series to feature an engaging and fallible amateur sleuth. In 1889, Parisian bookseller Victor Legris finds himself in the midst of a baffling series of deaths connected with the newly opened Eiffel Tower. The victims all apparently died from bee stings, but Legris suspects foul play. His inquiry coincides with another role outside his usual occupation, as a contributor to Le Passe-partout, a new sensationalist newspaper. Almost as soon as the bookman seizes on a promising suspect, that person turns up dead as well, leaving him with a dwindling pool, which, to his chagrin, includes Le Passe-partout's attractive illustrator, an enigmatic Russian woman with whom he's become besotted. The taut pacing and vivid period detail will have readers eagerly turning the pages."

I have Murder on the Eiffel Tower waiting for me on my to-be-read shelves, and I don't think it will be long before it's off the shelf and in my hand. I certainly hope I've added a book or two to your wishlists. I know I've added to mine!

Join me next weekend when Celebrating Mysteries will have a whole new theme!