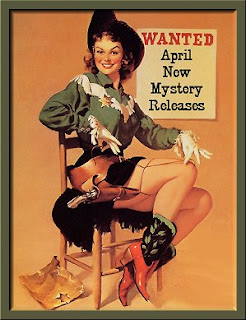 Spring has well and truly sprung here in the Sonoran Desert. I'm hoping that I'm healed up enough so Denis and I can hop in the Jeep and head off on a trail or two so we can check out the wildflowers.  Until then, I'm cleaning up Casa Kittling a bit at a time-- not just for a highly anticipated house guest, but so I can spend lots of time this summer in the pool.

Before I go off to clean the bathroom floor and then sort through an almost 30-year-old yarn stash, let's see what new books being released in April have me adding to my wish lists.

The titles are grouped by release dates, and I've included the information you'll need to find them at all your favorite book spots.  I hope one or two of these titles have you drooling, too! 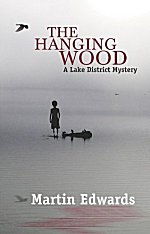 "Twenty years ago, a teenage boy, Callum Hinds, went missing in England’s Lake District. His uncle was suspected of having done the boy harm and interviewed by the police. When he committed suicide close to his cottage in the Hanging Wood, everyone assumed it was a sign of guilt. But the body of the boy was never found.
Now his sister, Orla Payne,  has returned to the Lakes and takes up a job in an atmospheric residential library, close to her father’s farm, the upmarket caravan park, and the Hanging Wood. She wants to find the truth about Callum’s disappearance, and--at the prompting of Daniel Kind--making a drunken call, tries to interest DCI Hannah Scarlett, head of Cumbria’s Cold Case Review Team, in the case." 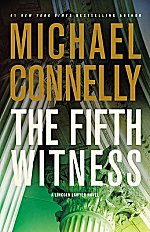 "Connelly's compelling fourth legal thriller featuring Mickey Haller finds the maverick L.A. lawyer who uses his Lincoln town car as an office specializing in "foreclosure defense." Haller's first foreclosure client, Lisa Trammel, is fighting hard to keep her home, maybe too hard. The bank has gotten a restraining order to stop Trammel's protests, and she becomes the prime suspect when Mitchell Bondurant, a mortgage banker, is killed with a hammer in his office parking lot. A ton of evidence points to Trammel, but Haller crafts an impressive defense that includes "the fifth witness" of the title. Connelly has a sure command of the legal and procedural details of criminal court, and even manages to make the arcane, shady world of foreclosure interesting. While the prose may lack some of the poetic nuance of his early novels, the plot is worthy of a master storyteller." 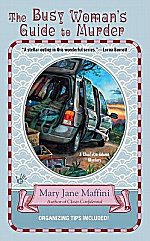 "Mona Pringle, the local 911 operator, is calling Charlotte Adams with her own emergency: Serena Redding, a high school "mean girl" who used to torment Mona, is coming back for a reunion. When Mona talks about how good it would feel to kill Serena, Charlotte doesn't believe she means it. But when a woman who looks like Serena is killed in a hit- and-run, and another former mean girl is also run down, Charlotte realizes she needs to look both ways for the now-missing Mona." 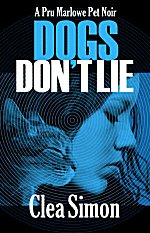 "Pru Marlowe isn't your ordinary animal psychic. A tough girl on the  run from her own gift, Pru left the big city to return to her picturesque Berkshires hometown looking for a little peace. Too bad that her training as an animal behaviorist got her mixed up with  Lily, a rescue dog, and Charles, her person. Now Charles is dead, and Lily looks good for it. After all, Lily is a pit bull, a fighting-ring dropout, and way too traumatized to give Pru a clear picture of what she has witnessed. But Pru knows something about bad girls trying to clean up, and, with a sense of justice strong enough to overcome her dislike of human society, she takes the case. Listening to the animals, Pru picks up clues--and learns there are secrets in the pretty little town that make murder look simple. Unable to tell  anybody about her psychic abilities, uncertain at times about her own sanity, Pru comes to realize that if she clears Lily, she’ll likely become the prime suspect--or the next victim. While the only  creature she can totally trust is her crotchety tabby Wallis, Pru’s got to uncover the real killer--and find a way to live with her gift--before the real beasts in the town savage her and those she has come to love." 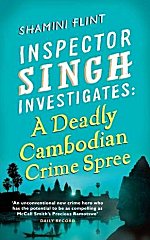 "Inspector Singh is in Cambodia - wishing he wasn't. He's been sent as an observer to the international war crimes tribunal in Phnom Penh, the latest effort by his superiors to ensure that he is anywhere except in Singapore. But for the first time the fat Sikh inspector is on the verge of losing his appetite when a key member of the tribunal is murdered in cold blood. The authorities are determined to write off the incident as a random act of violence, but Singh thinks otherwise. It isn't long before he finds himself caught up in one of the most terrible murder investigations he's witnessed - the roots of which lie in the dark depths of the Cambodian killing fields." 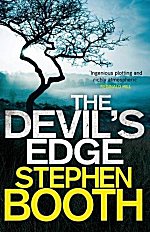 "The newspapers call them the Savages: a band of home invaders as merciless as they are stealthy. Usually they don't leave a clue. This time, they've left a body. The first victim is found sprawled on her kitchen floor, blood soaking the terracotta tiles. Before long, another corpse is discovered, dead of fright. As the toll rises, it's up to DC Ben Cooper and DS Diane Fry to track down the killers. But the enemy isn't who they think it is. Beneath the sinister shadow of the mountain ridge called the Devil's Edge, a twisted game is in play -  a game more ruthless than the detectives can imagine." 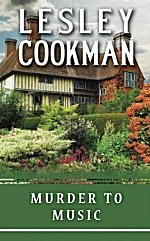 "Libby Sarjeant and her friend Fran are invited by Fran's creative writing tutor to investigate a house that is reputedly haunted. For once, Libby can be as nosy as she likes without ploughing straight into a murder investigation, for the only deaths here appear to have occurred over a hundred years ago. But perhaps someone alive today doesn't want Libby to continue? And if so, will she be safe?" 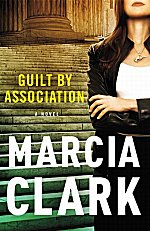 "L.A. prosecutor Rachel Knight is stunned when her office soul-mate, Jake Pahlmeyer, is found shot to death in a sleazy motel along with a 17-year-old boy, raising ugly suspicions that she doesn't want to acknowledge. Given Jake's top case to work--the rape of the teenage daughter of one of the DA's prominent contributors--Rachel is warned by her boss to leave her colleague's death alone. But with her big heart and hard head, she uses her network of sources and risks career and safety to pursue both cases, teaming up with Detective Bailey Keller and following leads to Hispanic gangs and porno rings in the seamiest parts of the city. Clark offers a real page-turner here, with smart, fast-moving prose; a skillfully constructed plot; and a protagonist well worth knowing. Rachel, whose past is only hinted at, is a well-rounded character who's as tough with suspects as she is sensitive with young victims. A top-notch legal thriller that will leave readers wanting more." 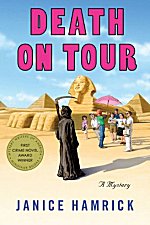 Title: Death on Tour
Author: Janice Hamrick
Series: #1 in the Jocelyn Shore series based in Austin, Texas
ISBN: 9780312679460
Publisher: Minotaur Books, 2011
Hardcover, 320 pages
"A passport's not needed to enjoy Hamrick's ditzy debut, the first in a new cozy series and the winner of the 2010 Mystery Writers of America/Minotaur Books First Crime Novel Competition. While Austin, Texas, high school teacher Jocelyn Shore and her fashionista cousin and best friend, Kyla Shore, are on an Egyptian tour, one of their group, unpopular 55-year-old Millie Owens, takes a fatal plunge off the great pyramid of Khafre outside Cairo. The police later determine that Millie was murdered, stabbed in the neck. Entries in a journal that Jocelyn finds in Millie's bag suggests someone on the tour might be dangerous. Good-looking Alan Stratton, who's traveling alone and wears no wedding ring, adds romantic interest. Hamrick does a good job capturing life on an exhausting budget tour as her snazzy if snarky amateur sleuth, who tends to be hard on the middle-aged and elderly, investigates some fishy fellow tourists with a hypercritical eye."

Are you eagerly awaiting any of these titles, too? Which ones? Do tell!