A Let the Light In Weekly Link Round-Up 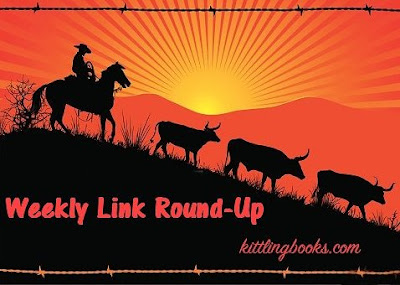 The week after the successful window installation was spent with lots of new curtains. Four windows had old wooden blinds that have since been taken out to the curb where someone snapped them up, put them in the back of their truck, and headed to parts unknown. Now light, crisp white sheer curtains are at the new windows (along with others to prevent nosey parkers from making me feel like I'm living in a goldfish bowl), and Denis is in a state of euphoria. (By the way-- that goldfish bowl comment? Living next-door to a peeping Tom for a decade changes the way you feel toward being able to see in your windows from the outside!)

It really didn't occur to me that Denis would have such a strong reaction to the new windows, but it should have. When it comes to our eyes, Denis and I have opposite "problems." I don't deal well with very bright light and consider dark sunglasses to be one of my besties. Denis does not function well at all in low light (which means that I've been momentarily blinded many, many times during the years we've been married).

Especially if you have old windows here in Phoenix, you tend to leave the curtains closed during the summer. I've had thermal-lined and/or blackout curtains for years. They help keep the heat out and prevent furniture, rugs, etc. from fading. With these new windows, Denis has been blissfully opening the curtains and leaving them open all day-- and the house is still cool. His joy has made me realize that the poor man has probably felt as though he were living in a cave for years. Nothing like being slow on the uptake!

Never fear, I will share some photos of the window installation, probably just the transformation of one window so you won't be bored to tears. Just give me a week or two.

Now it's time to mosey out to the corral. Head 'em up! Moooove 'em out!