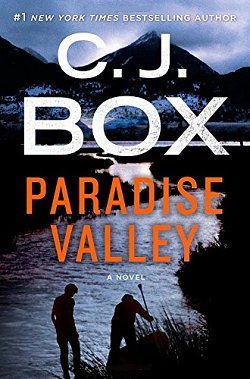 First Line: "The trap is set and he's on his way," Cassie Dewell said to Sheriff Jon Kirkbride.

It's been three long years, and Cassie Dewell is still on the trail of a serial killer known as the Lizard King whose hunting grounds are highways and truckstops frequented by runaways and prostitutes. Now Cassie is working for the Bakken County, North Dakota Sheriff's Office, and she believes she's set the perfect trap for the Lizard King... but she hasn't. Her trap is a total disaster, she's disgraced and loses her job.

But a missing boy's grandmother insists that Cassie take on her investigation. Her grandson, Kyle, disappeared on the same day that Cassie's trap blew up-- and no one seems to care about what happened to him. With nothing else to do, Cassie reluctantly says yes to the grandmother, all the while knowing that she's going to keep on searching for the Lizard King. But it's a whole new world for the investigator everyone calls "relentless." Is Cassie going to be able to go solo successfully?

The feminist side in me must be getting stronger the older I get. C.J. Box's Joe Pickett series is one that I've read in the past and enjoyed, but for some reason, I'm just not passionate about keeping current with it. It's as though I know it can wait patiently until I'm ready to read it again. However, when I found out that Box was starting a new series with a female lead, I perked right up. When I did a little research, I discovered that Cassie Dewell isn't a new character but one that's been in Box's Highway Quartet books. Lo and behold, the last book in that quartet went on sale, and I snapped it up so I could see whether or not Cassie is my type of character. She most certainly is.

I didn't feel at a disadvantage beginning with the last book in the Highway Quartet. On the contrary, Box's fantastic opening scenes and pedal-to-the-metal pacing grabbed me right at the start and kept me reading. Several characters made me sit up and take notice. Yes, Cassie is relentless and just the type of person that I want to read more about. The Lizard King is appropriately creepy, young Kyle can break your heart while impressing you all at the same time, and that crusty old guy known as Bull reminded me of my grandfather.

When you put this high-octane story in a setting that stretches from the oil fields of North Dakota to Yellowstone National Park, you've got a winner. Now that I've been formally introduced to Cassie Dewell, I'm ready for The Bitterroots. Bring it on!