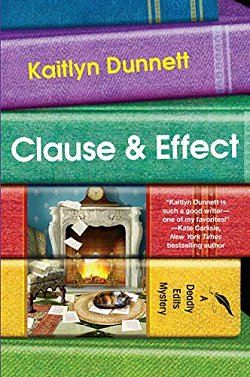 The town of Lenape Hollow, nestled in the Catskill Mountains, is getting ready to celebrate the 225th anniversary of its founding. Freelance editor Mikki Lincoln has been roped into updating and correcting the script from the bicentennial play-- what the town movers and shakers believe to be an easy and effective way to keep down the costs of the celebration.

When Mikki goes to the historical society to take a look at that old script, she finds that the building is being given its first facelift since the bicentennial, and that's not all that's discovered: a construction worker finds a human skeleton walled up in a fireplace.

When a new murder rocks the town, Mikki finds that she's gone from editing an old script and trying to solve a cold case to trying to stay one step ahead of a killer who really wanted those skeletons to stay in that fireplace closet.

Mikki Lincoln moved away from Lenape Hollow, got married, raised a family, and lost her husband. Now, years later, she's moved back, and she's constantly learning how her hometown has changed while she was gone. Mikki may be sixtysomething and wear hearing aids and glasses, but she seldom misses a trick when it comes to grammar or murder. I really enjoy this character, although I certainly didn't enjoy how everyone forced her into dealing with that script for the play. As you know, when you get roped into something after being told over and over again that it's just "this one little thing that won't take but a minute," that one little thing rapidly turns into a time-consuming rattlesnake den of problems. I did notice, however, that once the cold case popped up, Mikki stopped complaining about missed earnings. She's definitely got the amateur sleuth bug.

She's also got an old school acquaintance named Ronnie who always bulldozes everyone in her path into doing things her way. I would dearly love a future book in this series to have Ronnie be forced to do everyone else's bidding. What deliciousness!

Luke makes his first appearance in Clause & Effect, and I'm hoping that he'll return; otherwise, he's a bit of a wasted character. And while we're talking about residents of Lenape Hollow, there's Calpurnia, the de rigueur cozy mystery pet. Calpurnia is for those cat lovers who only require their felines to demand food constantly and occasionally deign to be cuddled. (I know, more action from the cat detracts from the mystery. It's just the dog lover coming out in me.)

As you can tell, I've fallen under the spell of the cast of characters, and Dunnett knows how to write a strong mystery as well. I wonder what sort of trouble Mikki Lincoln will find herself in next?