My B&A Giveaway of The Paragon Hotel! 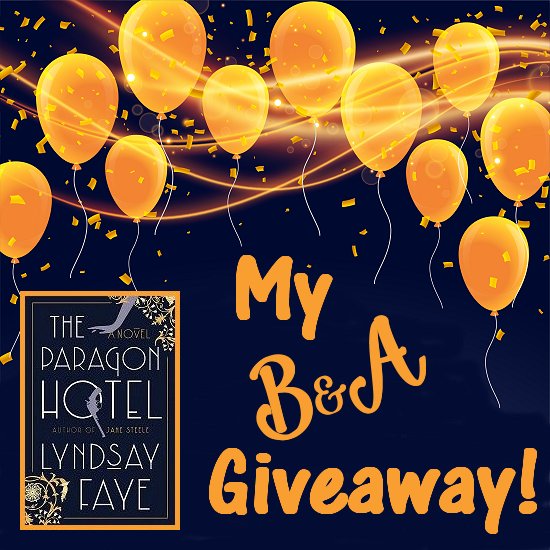 I can hear you now: What on earth is a B&A Giveaway? Well, I won't keep you in suspense. This is the week I celebrate my birthday and wedding anniversary, and I feel like sharing the joy. The way I'm going to do that is by giving away an autographed copy of Lyndsay Faye's The Paragon Hotel to one lucky reader. 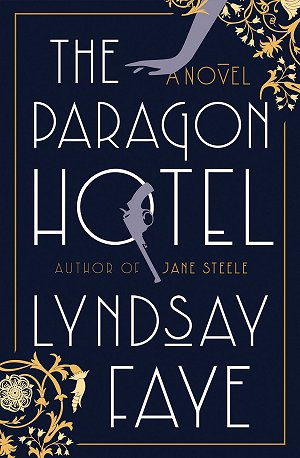 Some of you are already familiar with Lyndsay Faye from her books Jane Steele or Dust and Shadow. For those of you who don't know what her latest, The Paragon Hotel, is all about, here's the synopsis:

"The year is 1921, and "Nobody" Alice James is on a cross-country train, carrying a bullet wound and fleeing for her life following an illicit drug and liquor deal gone horribly wrong. Desperate to get as far away as possible from New York City and those who want her dead, she has her sights set on Oregon: a distant frontier that seems the end of the line.

She befriends Max, a black Pullman porter who reminds her achingly of Harlem, who leads Alice to the Paragon Hotel upon arrival in Portland. Her unlikely sanctuary turns out to be the only all-black hotel in the city, and its lodgers seem unduly terrified of a white woman on the premises. But as she meets the churlish Dr. Pendleton, the stately Mavereen, and the unforgettable club chanteuse Blossom Fontaine, she begins to understand the reason for their dread. The Ku Klux Klan has arrived in Portland in fearful numbers--burning crosses, inciting violence, electing officials, and brutalizing blacks. And only Alice, along with her new "family" of Paragon residents, are willing to search for a missing mulatto child who has mysteriously vanished into the Oregon woods.

Why was "Nobody" Alice James forced to escape Harlem? Why do the Paragon's denizens live in fear--and what other sins are they hiding? Where did the orphaned child who went missing from the hotel, Davy Lee, come from in the first place? And, perhaps most important, why does Blossom Fontaine seem to be at the very center of this tangled web?"


After listening to Lyndsay talk about the book at her recent event at The Poisoned Pen, I can't wait to start reading it. But let's start talking GIVEAWAY!

What One Lucky Person Will Win

One autographed and dated copy of Lyndsay Faye's The Paragon Hotel, complete with protective mylar cover.

As always, I keep the rules few and simple, although I have had to add one.


When Will You Know?

The winner will receive an email on Sunday evening, January 27. Everyone will know on Monday, January 28, when I post about it here on my blog. The book will go out in the mail on Monday, too.

The only thing left to say is   Good Luck to All!