Under the Covers with Minette Walters 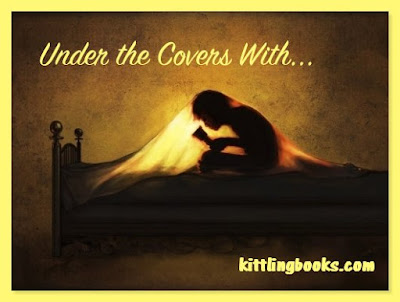 Today, I thought I would take a look at several covers of one of Minette Walters' mysteries, The Scold's Bridle, but first I have to tell you an anecdote that I find a bit funny now.

I remember seeing this book in a bookshop when it was first released. With the word "bridle" in the title, I thought it might be a mystery that had something to do with horses. When I read the synopsis, I could see that it didn't have a thing to do with my second favorite four-legged critter and put it back on the shelf. But that title stuck in my mind, and I looked up the definition of "scold's bridle" when I got home. (This was pre-computer, so I looked it up the old-fashioned way.)

A scold's bridle was an instrument of punishment, as a form of torture and public humiliation. The device was an iron muzzle in an iron framework that enclosed the head. A bridle-bit (or curb-plate), about 2 inches long and 1 inch broad, projected into the mouth and pressed down on top of the tongue.


Naturally, this form of punishment was for women, because-- heaven knows-- men never gossip, grumble, or complain. When I discovered what the item was, it made me so mad that I never wanted to read Walters' book, even though it was an award winner. As you can see, I never overreact! *cough* Will I read it now? It's possible, but with the current state of my to-be-read shelves, it's unlikely. You want to know something else? The idea of a scold's bridle still makes steam pour out of my ears... but I digress. Let's take a look at some of the covers that were devised for this book with the interesting title.


Now... as your eyes rambled down the row of book covers, did you notice anything in particular? (Besides the fact that none of them are particularly pretty.) I have a feeling that some of you saw the same thing I did: the covers for The Scold's Bridle editions published in the US and Australia have nary a bridle on 'em, while every single one of the UK covers does.

What does this mean? I would imagine it all boils down to ignorance. Although I think the Puritans made use of the things, most Americans aren't going to have a clue what a scold's bridle is, and from the looks of things, publishers didn't think the Australians would either. I'm not sure what this says about the British!

Which covers do you prefer-- with bridle, or without? Or neither one? Inquiring minds would love to know!

Email ThisBlogThis!Share to TwitterShare to FacebookShare to Pinterest
Labels: Book Covers, Minette Walters, Under the Covers