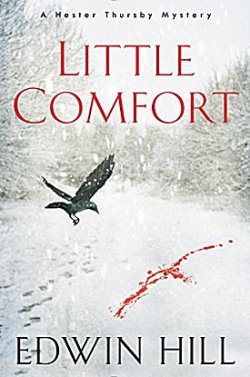 First Line: All Hester Thursby wanted was a single day to herself, and today was going to be that day-- even if it killed her.

Hester Thursby is a librarian at the Widener Library at Harvard. She uses her research skills to run a little side business in which she locates missing persons. Usually, she's reuniting long-ago prom dates or adopted children and birth parents, but when she agrees to locate Lila Blaine's long-lost brother Sam, she finds herself in very unfamiliar territory.

Sam has no desire to be found. For over twelve years, he and his friend Gabe have traveled the country, reinventing themselves as they go. Sam has a taste for the good life, and he's learned how trusting lonely, rich people can be. When he meets fabulously wealthy Wendy Richards in Boston, Sam is convinced he's finally found his ticket to the big time and all the wonderful things he's always known he's deserved.

As Hester's research has her closing in on the two, she unknowingly puts herself in danger. While Gabe has pinned his hopes of a normal life on Hester, Sam wants her out of the way-- and Gabe has always done whatever Sam wants.

Hester Thursby is a character that I want to know more about. Not only is she a member of my favorite profession, she's a quarter of an inch away from little person status (and sick to death of the assumptions people make about her because of her diminutive size. She lives with Morgan, whose twin sister dumped her three-year-old daughter Kate on them and then disappeared. Since Morgan's twin is also Hester's best friend, Hester's been dealing with the situation willingly, even taking a leave of absence from the library-- but Morgan isn't pulling his weight when it comes to childcare, and Hester desperately needs a break.

Besides his main character, I also liked Hill's pacing of the story and the mystery itself, which I found downright creepy in places. There is a surprisingly bloodless dismemberment (which may please some readers), and the three-year-old Kate has to be the best-behaved child on the planet. Hester also displayed a disheartening lack of awareness, taking risks with not only her own life but with little Kate's as well. I'm hoping that Hester's next investigation will be less daunting-- especially if she continues to bring Kate along with her. It would be nice to see her in the library, too.

My favorite part of Little Comfort concerned the "bad guys." Sam and Gabe were such obvious choices that it made me smile when Hester agreed with me on the identity of the real villain of the piece. Edwin Hill's debut novel is well worth reading in order to discover just whom that person is. Give it a try.