Sneak Preview of a Giveaway! 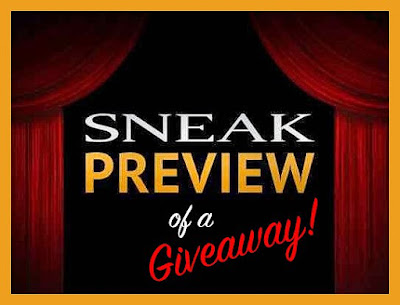 I'm probably more surprised than anyone else that next month will mark the tenth anniversary of Kittling: Books. Back in June 2008, I had three blogs: Kittling: Travel Tales, Kittling: Observations, and Kittling: Books. (Some of you may have wondered about the word "kittling." It's a Scots Gaelic word that basically means "anything that strikes [my] fancy.") Since I worked an average of fifty hours per week at the time, I rapidly realized that three blogs were absolute madness. I deleted two, kept my favorite... and here I am.

Naturally, I have to do something to celebrate this landmark-- not only to mark how special this blog is to me but also to show how very special all you readers have been to me over the years.

I've collected ten mysteries which have all been signed by their authors/editors. They might all be first editions, but I haven't verified that. Three are UK editions. All are hardcovers, and ten lucky readers will win them over the course of June. I plan to give them away, two (sometimes three) each week, until June turns into July.

You want to know which books I'll be giving away, don't you? Never fear, I have a leaning tower of good reading to show you, and... here it is! 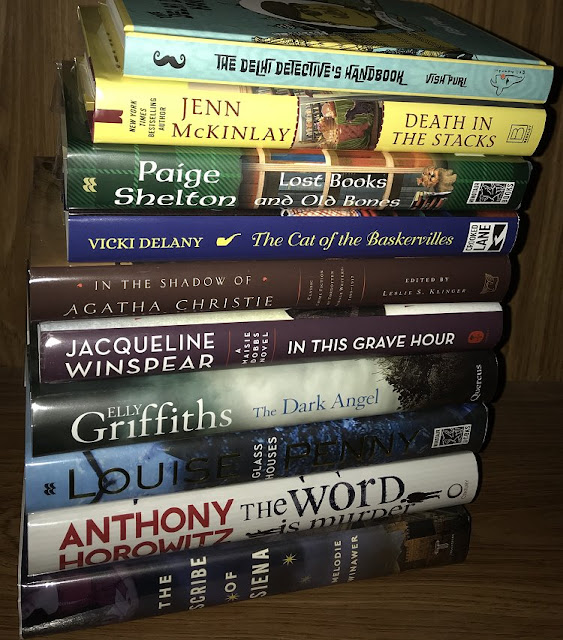 Just in case there are titles you cannot decipher in the photo, here's the lineup:


The Delhi Detective's Handbook by Vish Puri (Tarquin Hall)
Death in the Stacks by Jenn McKinlay
Lost Books and Old Bones by Paige Shelton
The Cat of the Baskervilles by Vicki Delany
In the Shadow of Agatha Christie edited by Leslie S. Klinger
In This Grave Hour by Jacqueline Winspear
The Dark Angel by Elly Griffiths
Glass Houses by Louise Penny
The Word Is Murder by Anthony Horowitz
The Scribe of Sienna by Melodie Winawer

Well, that's the lineup. Hopefully, it's an assortment that's got a little something for everyone; I know that it ranges from brand-new to tried-and-true authors. Be on the lookout for my giveaway posts. June will be here faster than you think!