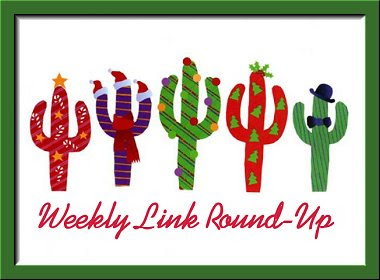 It's that time of year: my knitted gifts are being given to their new owners. Last year, they were mailed to friends here in the U.S. This year, they all seem to be headed to family and friends in England. (Yikes-- Be prepared to get a second mortgage on your house to pay the postage!) 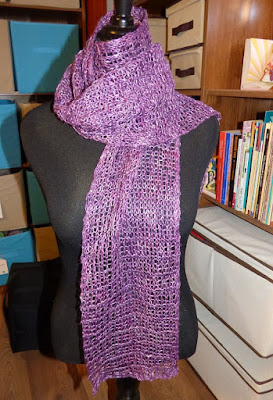 The scarf to the right is something that's staying here. As an experiment with a silk/flax blend yarn, it looks great with that sheen and color, but it's awfully scratchy. It didn't make the cut.

But my purple lace-and-sequin scarf earned me three big hugs from my hairdresser, and since her daughter likes to borrow all her scarves, I've already found patterns and the perfect yarn to use to make her some of her own.

There's something satisfying about making gifts to give to others. Whether I'm doing needlepoint or knitting, I'm always thinking good thoughts about the person I'm making the item for. It's probably because I grew up in a make-it-yourself family, but the idea that someone spent hours making something especially for me means a lot. Time is one of the most precious things we have to spend on this earth.

Speaking of time, it's time I headed out to the Link Corral. They're getting restless. Head 'em up! Moooooove 'em out!


That's all for this week! Don't forget to stop by next Friday when I'll be sharing a freshly selected batch of links for you surfing pleasure.