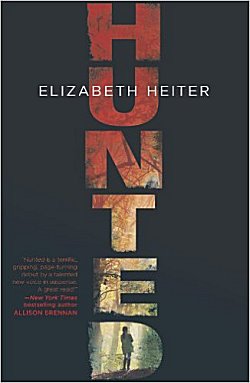 First Line: He should have killed the old man.

Evelyn Baine wanted to be an FBI profiler since the age of twelve. She has obtained her goal, and her talent and drive have put her on the fast track, but she's about to meet a whole different sort of serial killer.

The "Bakersville Burier" hunts young women and leaves their bodies partially buried deep in the woods. His body count is rising, and he knows that he's got a profiler on his trail. In fact, he relishes the idea and has a very special punishment in store for Evelyn, a punishment that will turn Evelyn from being the hunter into the hunted. Will Evelyn be able to cope with this role reversal and bring the killer to justice?

After meeting the author during an event in my local bookstore, I decided to read this first book in her Profiler series-- especially when my husband bought all three books and enjoyed each and every one. At first I found Evelyn Baine to be a bit too abrasive, a bit too driven, a bit too distrustful, to be sympathetic, but when Heiter began filling in the character's backstory that all began to change.

Although I did find certain scenes to be a bit predictable (such as a love interest drawn to unapproachable women as well as some of the plot twists), Evelyn's character did grab me and didn't want to let go. Her stubbornness, her resourcefulness, the way she pieces clues together, and the way she treats her grandmother won me over. Heiter also touches on how some men still view women agents in the FBI, which added depth to the story-- and she certainly has a sure hand with action sequences.

Now that I've learned to like this prickly FBI profiler, I'm looking forward to reading the other books in the series. Heiter seems to have an instinctive knowledge of just the right mix of mystery, action, and characterization.