Several of you folks who've been reading my blog for a long time know that Halloween really isn't my thing. Growing up, Halloween seemed more about tricks than treats, and playing any sort of dress-up left me cold. Well before the age of six, my mother and grandparents realized that taking me out trick or treating wasn't a good idea. (Although I honestly can't remember how I convinced them. It probably wasn't pretty.)

Moving here to Phoenix with its strong Hispanic influences taught me that there was another holiday that was much more my speed: Dia de los Muertos-- Day of the Dead-- which is celebrated throughout Mexico and acknowledged around the world. October 31 through November 2 are days for gatherings of family and friends to remember loved ones who have died. Cemeteries become party central, and altars are built and decorated. This altars-- ofrendas-- have the loved one's favorite food and drink, their photos and mementos. They can be works of art, and either be spiritual, political, or whimsical depending on the loved one and the artist. It is important that those who have died know that they are still remembered, still loved, still a part of their families.

The Desert Botanical Garden here in Phoenix celebrates Dia de los Muertos every year in many ways. One of them is an Ofrendas Exhibit at the Webster Center next to my favorite restaurant in Phoenix, the Patio Cafe. Denis and I went Thursday, accompanied by a very special friend who is new to the area. Like Denis before her, our friend at first found the art a bit weird and macabre, but one ofrenda helped her to understand, and she actually enjoyed the exhibit.

The following are photos that I took in the Webster Center, unaccompanied by a lot of talk. I found the altars to lack touches of the whimsy and humor that I prefer, but the entire exhibit made a profound impression. I hope you enjoy seeing another way to celebrate this time of year. Left click on any of the photos, and a new window will automatically open so you can view them all in their original sizes. 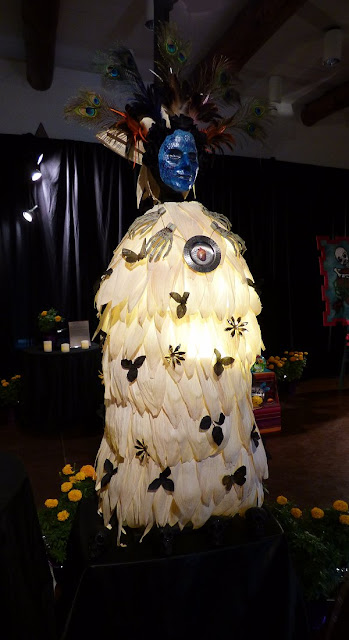 Her cloak of corn husks was stunning, and I loved the peacock feathers in her headdress. 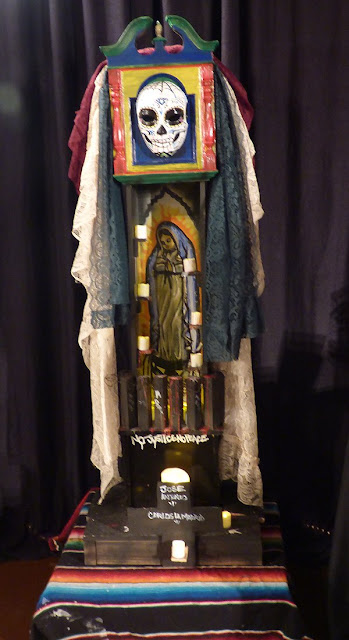 "No Justice No Peace" by Angel Diaz, dedicated to those who have lost their lives in border conflicts between the United States and Mexico. 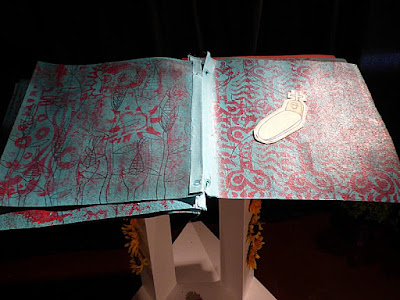 "Book of Wisdom" by Marco Albarrán, containing images and illustrations which give people the opportunity to explore some of the more obscure stories of the Dia de los Muertos celebrations. 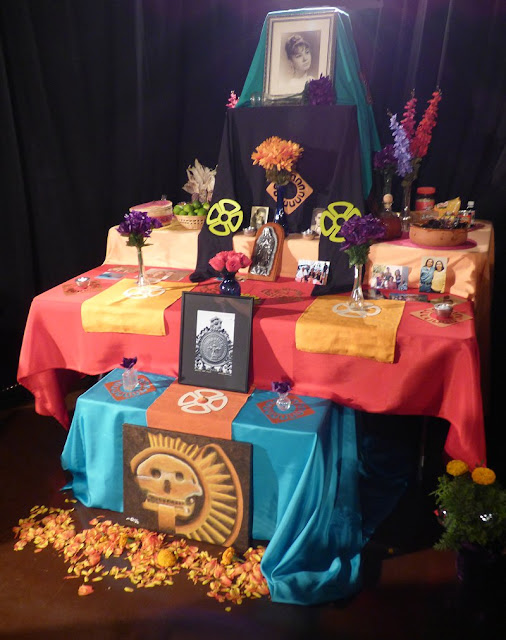 "The Life Process" by Oliverio Balcells, which uses classic ancient Mesoamerican colors to reflect the levels of transformation from the material to the spiritual. 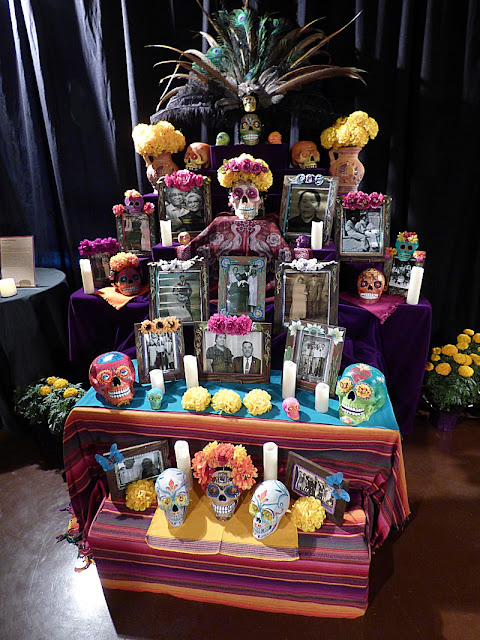 "Raices Familiares" by Patricia Silva. With all its family photographs, this is the ofrenda that opened our friend's eyes to the beauty and meaning of the art of Dia de los Muertos. 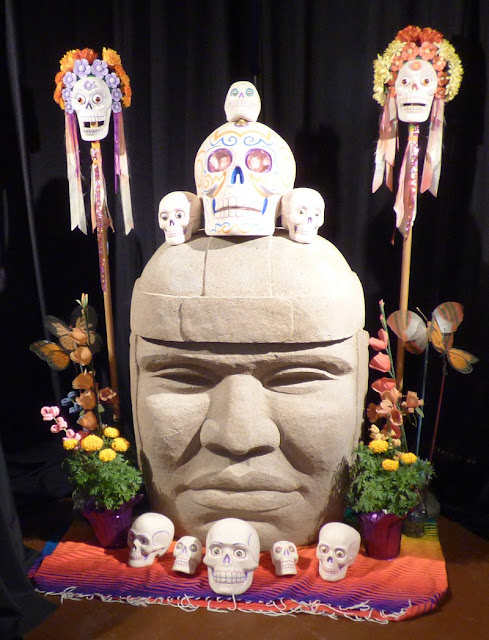 "Olmecalaca" by Zarco Guerrero, which is a testament to the influence and diffusion of the Olmec heritage. Denis and I both liked this particular ofrenda the most.