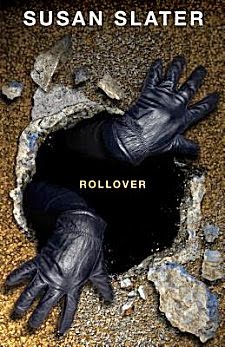 First Line: "Damn!" Dan watched the needle on the heat gauge go into the red and then hold at the top.

Dan Mahoney, an insurance investigator for United Life and Casualty, is on his way to Wagon Mound, New Mexico, when his car breaks down. Out in the middle of nowhere with only his dog Simon with him, he's very fortunate to have an old guy in an on-its-last-legs pickup stop to give him a ride to town. However, the ride is anything but uneventful, and little does Dan know but he's already been given his welcome to the small New Mexico town.

Using the noise of the Bean Days celebration, robbers tunneled into the First Community Bank of Wagon Mound-- not into the vault where there was at least $2 million, but into the safety deposit boxes. The only thing that appears to have been stolen was the century-old sapphire and diamond necklace made by Tiffany that was owned by 85-year-old Gertrude Kennedy. United Life and Casualty carried a $500,000 policy on the necklace, and that's why Mahoney's there-- and he's going to need eyes in the back of his head because the robbers have every intention of keeping their secrets.

Rollover is based on an actual bank robbery in Wagon Mound, New Mexico, that is unsolved to this day. (Yes, the place actually exists.) Slater went there to interview residents and discovered that interest in the event was still intense. This book is her version of what she believed could have happened, and it's a fast-paced, engrossing story.

I enjoyed watching how Dan interacted with the residents of Wagon Mound as he tried to find out what really happened in that bank. He became very unpopular, very quickly. The bank heist was difficult to solve and kept me guessing till the end, due in part to the fact that the suspect list contained people of all ages, genders, and walks of life. Having Dan's fiancee Elaine there added some badly needed normality to the story because the author made it extremely difficult to pin any of the suspects down.  She also uses the New Mexico setting to good effect, stirring emotions and increasing tension.

What I couldn't believe was how quickly I devoured this story. I'm definitely looking forward to more insurance investigations by Dan Mahoney!