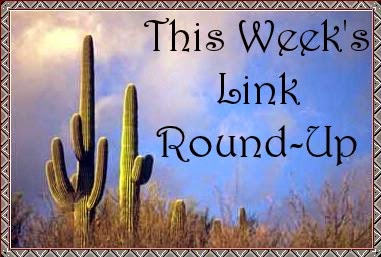 It's been one of those weeks. You know-- when your to-do list is five miles long, but you only have a half mile's worth of time to get it all done in? This is where the post title ties in. Back where I grew up, we had a saying for when you were so frazzled: "Busier than a one-armed paperhanger with the hives." That's me right now, and next week doesn't look to be any better, so I'm going to warn you right now-- Don't be surprised if there's no link round-up next week. Unless I turn into Popeye and someone feeds me a can of spinach....

That's all for this week. Don't forget to stop by two weeks from now when I'll have a freshly selected batch of links for your surfing pleasure.


Have a great weekend!