The Stranger by Camilla Läckberg 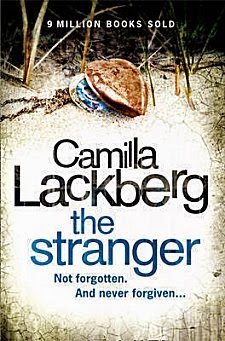 First Line: What he remembered most was her perfume.

It's a matter of a few weeks until Patrik Hedström and Erika Falck are married, and Erika can't drum up much enthusiasm for wedding plans. Fortunately her sister is around to jar some sense into her. But before the two women can conscript Patrik into their bridal army, a local woman is killed in a car crash. At first thought to be a simple matter of drunk driving, post mortem results and interviews with the deceased woman's friends cast doubt on what would have been a simple closure to an investigation.

Right on top of the car crash victim's death is the death of one of the contestants on Sodding Tanum, a reality television series being filmed in town. Suddenly Patrik's got more work than he can handle, and the last thing he needs is to be given wedding errands. Although he does not want to ignore the investigation into the first woman's death, his superiors are screaming for a fast result in the case of the reality TV star. Hedström is headed straight into his toughest investigation yet. He needs everyone's help, even the new police officer who hasn't had time to be properly introduced to the area or her new co-workers.

If you are the type of reader who prefers police procedurals to remain focused on the investigation and to have little to say about anything else, Camilla Läckberg's series is not the one for you. In these Hedström and Falck novels,  the lives of the police officers are every bit as important as the investigations they work on. For character-driven readers like me, they're perfect to immerse myself in when I'm in the mood to spend time with characters who've come to feel as though they're friends. You also never know just what's going to happen, because the lives of these characters do not run smoothly.

Hedström and Falck have had to learn how to be a couple, how to juggle their separate careers, and how to be parents. Erika's sister and her two children have had a very difficult time of their own, and we get to see them adjusting to a new chapter in their lives. We know what's going on in the lives of each person who works with Patrik-- even Melberg, the boss who drives everyone insane. Melberg's private life comes into the spotlight for a while in The Stranger, and this glimpse gives him an added depth that the usual pain-in-the-neck boss just doesn't have in the typical police procedural. The individual cast members of the reality TV show also come under scrutiny since they are all considered suspects. It does sound like a huge cast, but I had no difficulties in keeping everyone straight.

The only thing that kept The Stranger from becoming one of my top reads for the year was the fact that the identity of the killer was crystal clear to me very early on. However, I certainly did enjoy watching Hedström and his team conduct their investigations into the two deaths, finding clues and piecing them together in this strongest book of the series so far.

If you like to learn a bit about another country, be a part of intricate investigations, and immerse yourself in the lives of fictional characters, then I certainly recommend crime fiction written by Camilla Läckberg.