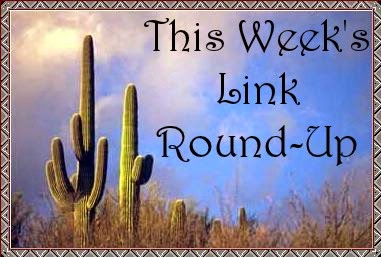 Something tells me that other folks in the US are getting some interesting weather because there's been some mighty strong winds blowing through Phoenix. Hopefully you are all safe and warm and ready to check out the links I've been saving up for you!


Whew! Good thing I didn't have much to say at the beginning because this certainly was a boatload of links! I hope I've included one or two that tickled your fancy. Don't forget to stop by next Friday when I'll have a freshly selected batch of links for your surfing pleasure. Have a great weekend!