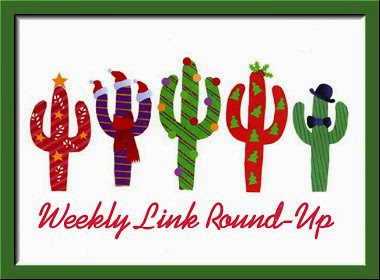 I was such a tomboy when I was little that I didn't want to have anything to do with the color pink; I didn't care how many times my mother told me it was one of the best colors for me to wear. Ick. No way. No how. Get it away from me. 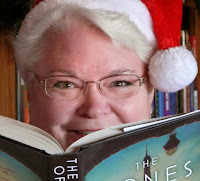 Well, a few decades have passed, and I'm finally allowing it into my wardrobe. But there are times one should not wear it. I have a bright pink Sherpa fleece top on today, and I went outside to sit a bit to watch the goldfinches at the feeder. Big mistake. In no time flat, the bees were making a circuit between the flowering pink trumpet vine a few yards away and... you guessed it... my bright pink top. And for some strange reason that reminds me of what happened a couple of weeks ago.

Once again, I was sitting outside to watch the birds and take a break from decorating. (No, I don't wear my Santa hat when I decorate.) The weather had turned quite cool the night before, and evidently one of the resident hummingbirds needed to bulk up her nest because the little vixen flew up and plucked one of my hairs from my head, zipped to hover in front of my face for a second as if to say "Thank you!" and then zoomed off. I have to admit that if one of my white hairs is helping warm a hummingbird at night, I consider that a hair well spent, don't you?

No, I haven't forgotten about those links. Here they are!