Scene of the Crime with Author Rachel Abbott!

After reading one of this talented writer's psychological thrillers, The Back Road, I wanted to know more about the type of person who can craft an intricate plot filled with a large cast of characters and their complex motivations. I was thrilled when she agreed to do an interview.

Before we get acquainted with Rachel Abbott, let me share some links for those of you who'd like to learn more-- and to connect with her-- after reading the interview:

Let's get to the fun part, shall we? 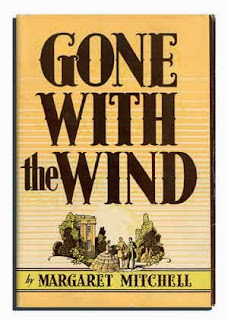 That would be Gone with the Wind by Margaret Mitchell. My mum was an avid reader, and she first read Gone with the Wind when she was eleven, and she gave it to me to read when I was about thirteen. I was slightly daunted by the thickness of it, but once I started I was hooked.

For me, it was a book with so many dimensions – the civil war, slavery, love, hate – and each one was brought vividly to life. Each character was so very clearly defined, and I think it was the first book that had allowed me to clearly visualize each person, each costume and each personality trait.

Obviously reading is high up the list of my favorite things to do, but I also love to cook. When I wrote my first novel, it was a toss up whether it was going to be that or a cookery book that I published, and food does feature in my writing.

I live most of the time on a small island, and I love to walk around the island, on the beaches, around the cliff paths – usually with a friend.

I am also a member of a choir, which is a fairly recent activity but I’m loving it.

Well, the island I’m living on at the moment can practically been seen in a couple of days (or hours, or a quick whiz round). It is only three and a half miles long by a mile and a half wide! But that would only be skimming the surface. Certainly a walk along the cliff path is to be recommended. The waves crash up onto the rocks below, and it can be quite spectacular. There’s some amazing wildlife (including white hedgehogs), and beautiful flowers in spring. You should also take a round the island boat trip, particularly when the puffins are roosting.

For such a small island, there are an amazing number of places to eat. I would recommend a stroll up Victoria Street (which is the main street – cobbled, of course) and stop off for coffee at the lovely brasserie where you can sit outside in summer and winter, and be sure to go to the local Indian restaurant, which is really excellent (and bizarrely, it’s called Nellie Gray’s – goodness knows why!).

This really made me think – and on the whole it would depend on the phase of my life. For the young adult years, I would love it to be Jennifer Lawrence. From what I’ve read about her, she was quite sporty and very talkative when she was at school, and she seems to have her feet firmly on the ground as a major star. I was also told that I would be a good student if I shut up long enough to listen!

An older version would be Sandra Bullock, who is also a strong character with a great sense of humor. She seems to be a woman who is quite happy to laugh at herself, which I think is an essential life skill. Don’t take yourself too seriously.

Not that I am seventy years old yet, but if I were and that part of my life was to be featured in the movie, I would want Judi Dench to be cast as me. She is another who is strong and determined, but also has the ability to be quite silly and funny.

I think you can see a pattern here – I could never be played by some wispy, gentle beauty. It would always have to be somebody who didn’t take herself too seriously, but who had a mind of her own.

This question caused me more trouble than any other, I think. There are characters that I have liked for a while, but there seems to be increasing obsession with making all fictional detectives dysfunctional. Even the ones you start by liking seem to have so many twists in their private lives that it’s quite easy to become a little bored by them.

So I tend to find myself more drawn to characters such as Adam Dalgliesh – the detective in a number of PD James novels. He was a gentleman detective, who enjoyed writing poetry. Similarly, I loved Morse – a character created by Colin Dexter. He could be acerbic, but he was another intelligent detective.

In more recent fiction, there is a terrific British writer named S.J. Bolton, and she has a couple of characters that I really love in her books – Mark Joesbury and Lacey Flint. Although they do have issues, the sexual tension between them really fizzles. If you haven’t read any of this author’s work, I would strongly recommend any of her books.

When I created my policeman, Tom Douglas, I wanted a man that readers could fall in love with. Human, with emotions that are visible to the reader, his inner conflicts are based around justice and fairness, rather than around alcohol abuse, which seems to be a favorite with so many current fictional policemen. 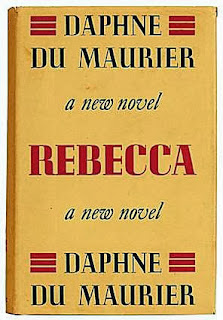 Rebecca by Daphne du Maurier. It has to be one of my favorite books – if not THE favorite. It’s such a clever mystery. All the while we are led to believe that Rebecca was the perfect wife – a woman to be envied in every way, and it’s not until the very end that we understand it all.

Although it is often described as a classic Gothic romance, to me it is a psychological thriller, within a very spooky setting. The house is described in the opening paragraph as “secretive and silent as it had always been”, and with the ever-present Mrs. Danvers eerily appearing when least expected, the pressure on the unnamed protagonist is intense.

With champagne, of course. What other way is there?

I first saw printed copies of my book at a book signing at The London Book Fair in 2012; a huge pile of them, all sitting on a table, and a queue of people waiting to get a copy. It seemed unreal.

To be honest, since I first published Only the Innocent my whole life has seemed unreal – and when I read some of the fantastic reviews of both my books, I have to pinch myself. 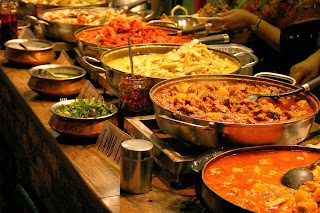 I would like to go to India. I’m not sure what part yet, or whether to do a round India trip, but as a country it has fascinated me for years. It is vibrant, colorful, noisy, and I am of course aware of the incredible poverty in some parts of the country.

But the food… It has to be the best cuisine in the world, as far as I am concerned. Not just the curries - the more sophisticated dishes that are gradually being introduced into some of the better Indian restaurants are simply amazing. I think the perfect India trip for me would be a culinary exploration of the whole country – so I could eat my way around, and take in the sights as I travel.


You've just received a £100 gift card to the bookstore of your choice. Which bookstore are you making a bee-line for? 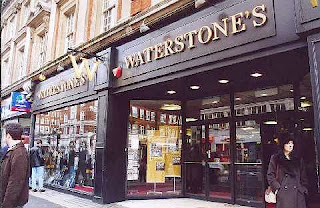 In England, it would have to be Waterstones. You probably haven’t heard of them in the US, but they are a chain in the UK and I believe they have nearly 300 stores. The books are well displayed, and some of the stores also have Starbucks concessions – so you can find a seat, relax with a coffee and browse. There’s nothing I like better than spending time in a bookstore, and Waterstones have incredibly helpful staff who really know their stuff.


Thank you so much for spending this time with us, Rachel. It was a pleasure to be able to get to know you a little better!