Scene of the Crime with Author Lesley A. Diehl!

This week I'd like to introduce you all to Lesley A. Diehl, a retired professor of psychology who spends part of the year in rural Florida and the other part in upstate New York. Perhaps it's a coincidence that the cozy mysteries she writes have strong country gals who live in each location, but I don't think so!

The series set in upstate New York has an amateur sleuth who likes to brew her own beer, and the second features Emily Rhodes, a woman who enjoys life in rural Florida. According to Lesley's website, these two will soon be joined by a third-- Eve Appel, a Connecticut transplant who moves to Florida to set up a consignment shop with her best friend. Stop by tomorrow for my review of Grilled, Chilled and Killed, in which Emily Rhodes deals with barbeque sauce, moonshine, and a feral pig, among other things!

As always, I've done a bit of wandering along the information superhighway to find some links so that you can learn more about this talented writer:

I hope you make use of the links, not only to learn more about Lesley, but to connect with her, too. Now let's get to the interview! 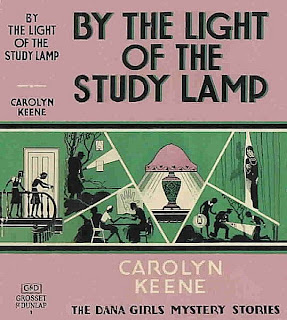 In fifth or sixth grade all of my classmates were reading the Nancy Drew books.  I was the odd kid in the class because I was a farm girl and not one of the children from the town, sons and daughters of doctors, lawyers, business people or workers at the local printing plant.  The stereotypes about farm kids were that they were either stupid, lazy and dirty or wealthy and stuck up.  Both views were clearly incorrect, but these barriers helped to keep farm kids at the fringes of classmates.  So by the time I found out about Nancy Drew, the books were backlisted for checking out at the school as well as at the local library.   To my delight I found that Carolyn Keene wrote another mystery series, little known even today.  It was The Dana Girls-- double the sassiness of the singular Nancy.  I don’t remember what the titles of any of the books were, but I remember I loved the spunk of the sisters and their ability to solve crimes.  I was hooked.  My next choice of books was not Nancy Drew, but Agatha Christie.  And I was on my way to being hooked by murder.

I love to cook.  My husband and I both cook, sometimes together.  It’s probably the one thing we do together without conflict.  And, of course, we love to eat which forces us to work out at the fitness club, something we’d like to say we love, but only after we’ve done it.  We also hike, I garden-- both vegetables and flowers-- and I do a lot of reading.  I love to yard sale and visit consignment shops.  Our cottage is furnished largely from these sources.  Never buy new is my motto.

My hometown is in Northern Illinois and was at one time around the latter part of the 20th century the home of a seminary college.  In the center of town there is still the college square made up of the old stone buildings that were offices, classrooms, dormitories, the infirmary and the physical education building.  It is beautiful.  After the college closed, the buildings were purchased by various publishing enterprises including the magazine Poultry Tribune.  The square is still there and is a pleasant place to stroll in summer and fall.  I believe the community bandstand still sits on the grounds.  Weekly concerts were performed by the town band.  I think they may still exist during the summer months.  The last time I was in town, many businesses had closed, but the town still has the idyllic look of the perfect Midwestern village with a town square.


I couldn’t think of anyone, so I asked my husband and he chose two actresses, both a lot better looking and much thinner than I, but I’m flattered.  He said Helen Mirren or Meryl Streep.  He said they both were strong women with a sense of humor, fun people and bright.  Isn’t that sweet of him?  Maybe he’s right.  Anyway, I’ll go with his choices.

I can’t choose.  But my top three are Jesse Stone, Jack Reacher and Stephanie Plum.  The first two are just plain yummy, yummy and Stephanie is fun. 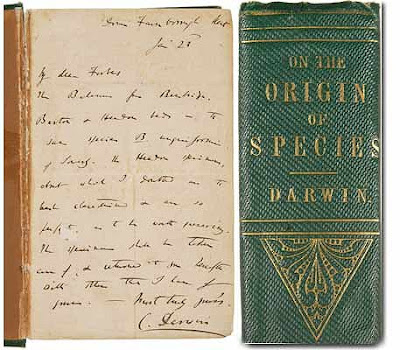 It would be Charles Darwin’s On the Origin of Species, first edition.  I have my grandfather’s copy of the book, second edition and it is one of my favorite possessions because it represents to me the sensible intellect of my family, a model for what I have always tried to be.  I first read the book when I was nine and didn’t understand much of it, but I knew his research and theory were something quite genius.

I had a scotch when I heard the publisher had accepted my first book.  Since my publisher is POD (Print on Demand), I never saw it on the shelf until I hassled the hell out of a local bookstore and they finally ordered a copy.  How did I feel when I then saw it on the shelf?  Justified.


I’m so in love with the program "Doc Martin” that I want to go to Cornwall, just to wander around.  I know it’s a big place.  I’d like to see any tiny section of that coast.


I’d go to The Green Toad, the local bookstore in a nearby town, Oneonta, NY.  I’d remind them I am a local author and that I’m spending my $100 gift card in their store, so I expect they will continue to stock my books.  Oh, we authors have to be pushy, don’t we?


Thank you so much for spending this time with us, Leslie. It was a pleasure to be able to get to know you a little better!

Email ThisBlogThis!Share to TwitterShare to FacebookShare to Pinterest
Labels: Author Interviews, Lesley A. Diehl, Scene of the Crime